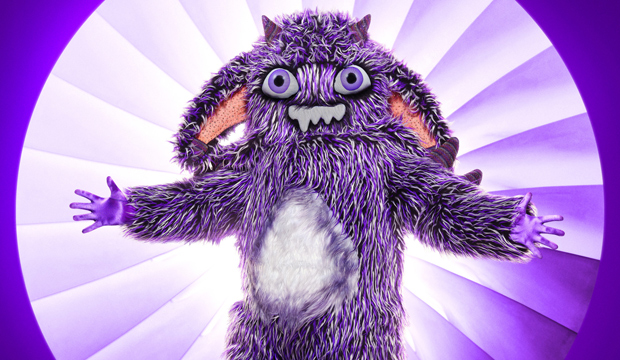 It’s a brand new week on “The Masked Singer,” which means it’s time to meet an entirely fresh group of secret celebrities. During Wednesday’s second episode, America got its first look at Group B, consisting of Baby Alien, Crocodile, Gremlin, Seahorse, Serpent and Whatchamacallit. These six singers gave it their all on the stage in front of a virtual audience (that’s right, the various shots of the live crowd are from previous seasons), with five advancing to the next round. That meant one costumed character was eliminated and forced to reveal their true identity.

Below, read our minute-by-minute “The Masked Singer” recap of Season 4, Episode 2, titled “Six More Masks,” to find out what happened Wednesday, September 30 at 8:00 p.m. ET/PT. Then be sure to sound off in the comments section about your favorite costumed celebs on Fox’s reality TV show, reflect on every reveal for all seasons, and tell us who you think will ultimately join the “Masked Singer” winners list.

SEEBusta Rhymes (‘The Masked Singer’ Dragon) unmasked interview: ‘I felt like I was in an oxygen tank without oxygen’ [WATCH]

8:00 p.m. — “Previously on ‘The Masked Singer’!” In the first episode, Group A performed in front of host Nick Cannon and panelists Robin Thicke, Jenny McCarthy, Ken Jeong and Nicole Scherzinger. Giraffe, Popcorn, Snow Owls and Sun all advanced to the next round, while Dragon received the lowest number of votes. He then removed his scaly mask to reveal rapper Busta Rhymes. “I felt like I was in an oxygen tank without oxygen,” the ex-Dragon told Nick. Who will be unmasked tonight?

8:15 p.m. — Kicking things off is the Crocodile who saunters out with some serious swagger in his glittering pink pantsuit. Here are the clues: Becoming a crocodile was a “natural selection” because he’s happiest in water. Ever since he was a kid, growing up in Hollywood surrounded by heartache and instability, he was forced to develop a thick skin. We see an Italian flag, a crooner on stage and a fish inside a pineapple. Crocodiles are known for cold-blooded, but he’s just a warm, sensitive creature who just wants to be loved back. We also see a prominently featured hotel in his clue package. Crocodile is singing “It’s My Life” by Bon Jovi and he’s definitely got some chops. He’s got a raspy voice that fits well within the rock genre and he’s got a natural stage presence. I definitely think Crocodile is a seasoned vocalist. The panel believes Crocodile could be Jon Hamm, Nick Lachey, or Donnie Wahlberg.

8:20 p.m. — Next up is a true intergalactic life force, Baby Alien. Here are some clues: We hear a teacher calling, “Baby Alien, Baby Alien” just like in the film “Ferris Bueller’s Day Off.” He says it’s time for his rebirth because he’s been stuck in second gear for a while. Back when he was the “cream of the crop” circle he was in a theater every week and even made an appearance on the Tony Awards stage. After a while he became a second thought, lost in space. He’s opened his eyes to other passions and we see the Liberty Bell and a bunch of roses. Tonight Baby Alien is singing “Faith” by George Michael. He’s got a nice voice but not something that leads me to believe he was a premiere pop star. I’m guessing he is an actor who can carry a tune and he doesn’t have a ton of stage presence other than having an adorable costume. It’s gonna be a no from me dawg. The panel thinks Baby Alien could be Ralph Macchio, David Schwimmer or Freddie Prinze Jr.

8:30 p.m. — It’s time to dive in and meet the Seahorse! This Seahorse struts out like a supermodel and she is one sassy sea creature. Here are some clues: We hear her speaking in a Southern accent while wearing a cowboy hat by the “OK Coral.” She’s surrounded by a bunch of animals at a campfire including a couple dogs, a bird and a frog. There’s even a tea pot hanging over the fire. She said she’s been too scared to let her fire burn and she’s felt lost in the world, like she was always swimming upstream. She wants to show shiny new sides of herself and there are a lot of images of dolphins. Tonight Seahorse is singing “Only Girl (In the World)” by Rihanna. She sounds like a seasoned pop star and honestly, if she wasn’t a judge, I might have guessed it was Nicole. Seahorse is working the stage and has great range. Who is she? The panel thinks Seahorse could be Halsey, Hailee Steinfeld or Bebe Rexha.

8:35 p.m. — It’s time to unleash the Whatchamacallit! Here are some clues: He’s magical, mystical and full of all sorts of rhymes. People think he’s a shy guy because he lets others absorb his spotlight. But he can dance with the stars, serve candy bars and buzz with the bees. We also see him swinging on some keys and a clock with random things on it such as a shrimp. Interesting. Tonight Whatchamacallit is singing “I Wish” by Skee-Lo. He’s a rapper with solid flow so he may actually be a rapper, but it’s possible he could be an athlete or actor as well. His clue about letting others absorb the spotlight makes me think he could be hard to guess if he’s not a big celebrity. The panel thinks Whatchamacallit could be Swizz Beatz, Dame Lillard or Tyler, the Creator.

8:45 p.m. — Up next is the Serpent! He is a cool, creepy snake and it’s time to learn more in his clue package. We see him sitting next to a fire with a couple books including “How to Dig Yourself Out of Debt” and “Serpent Manual.” There is also a map of the Caribbean, hints to musicology and medicine, reference to being “mischievous” and going down a path of destruction until his father saved him. His dad led him on the path to success and now he heals pain rather than cause it. Tonight he’s singing “I’m Gonna Be (500 Miles)” by The Proclaimers. The Serpent has turned this hit into a ballad and he’s got a gorgeous tone with a range that gave me goosebumps. Wow! Serpent isn’t playing around. He has the best voice in the competition so far. The panel thinks Serpent could be John Legend, Daveed Diggs or Leslie Odom, Jr.

8:55 p.m. — The last singer tonight is Gremlin. This cute purple monster is full of energy so let’s dive into some clues. Despite his checkered history, he can actually be quite charming. A true romantic, he can be combative or fluffy. He adores animals, the beach, bashing opponents and cooking. There’s a lot going on here! Tonight Gremlin is singing “Stand By Me” by Ben E. King. Whoa, what a unique voice. He sounds like an absolute legend. It’s so odd because he moves like a young person, but sings like a very old man. I am completely confused by him. The panel thinks Gremlin could be Jerry Lee Lewis, Mickey Rourke or Stone Cold Steve Austin. Then, before the panel even begins to vote the Gremlin begins pulling off his mask!

8:59 p.m. — In an unprecedented unmasking, Gremlin has yanked off his mask before the panel could even make a guess or the audience had time to vote! It’s Oscar-nominated actor Mickey Rourke! And with his self-elimination, Crocodile, Baby Alien, Seahorse, Whatchamacallit and the Serpent are safe to sing another day.