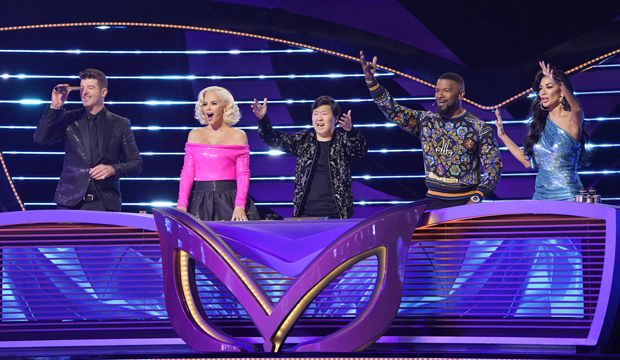 Attention reality TV fans, the wildest and wackiest show on television is back! Season 3 of Fox’s “The Masked Singer” premiered Sunday, February 2 after Super Bowl LIV, where it introduced a new group of costumed characters: Kangaroo, Llama, Miss Monster, Robot, Turtle and White Tiger. Normal panelists Robin Thicke, Jenny McCarthy, Ken Jeong and Nicole Scherzinger were joined by a special guest star this week, Jamie Foxx. As fans will recall, last season Jamie was thought to be hiding inside the Fox costume, when really it was Wayne Brady. So who among this first group of contestants was eliminated and forced to unmask in front of America?

Below, check out our minute-by-minute “The Masked Singer” recap of the Season 3 premiere, titled “The Season Kickoff Mask Off: Group A,” to find out what happened Sunday, February 2 at 10:30 p.m. ET/7:30 p.m. PT. Then be sure to sound off in the comments section about your favorite costumed celebs on Fox’s reality TV show and who you think is hiding underneath the masks. Keep refreshing/reloading this live blog for the most recent updates.

7:30 p.m. — “Previously on ‘The Masked Singer’!” In last season’s finale, the final three contestants were unmasked: winner Wayne Brady as Fox, runner-up Chris Daughtry as Rottweiler and third-place finisher Adrienne Bailon as Flamingo. For the final unmasking, the judges were split on Fox’s identity, with Ken and Jenny picking Jamie, and Nicole and Robin picking Wayne. Host Nick Cannon then presented Wayne with the Golden Mask, making him the second champion after T-Pain in Season 1. Who will shine and who will falter as Season 3 begins? Let’s go!

7:45 p.m. — This roster of six contestants has appeared in nine Super Bowls, so obviously we’ve got quite a few athletes. Up first is White Tiger who says he has had a giant career filled with accomplishments, but is a big old scaredy cat when it comes to singing on stage. We see a clam shucking trophy and a poster of Abraham Lincoln as White Tiger walks the halls of a school. He’s singing “Ice Ice Baby” by Vanilla Ice.  Although he’s not actually singing, White Tiger has these lyrics down pat and is proving it’s all about entertaining the crowd. The judges throw out guesses like John Cena, Rob Gronkowski and Jason Mamoa.

8:00 p.m. — Turtle is up next and he looks ready to rock out as he struts out on stage in black leather pants. We learn he was surrounded by other newcomers who fizzled out early on in their careers while he has taken it “step by step.” We also get a glimpse of him waxing a surfboard and standing on the starting line of a race track. Turtle is then seen grilling some burgers and holding up a gold medal before hitting the stage to sing “Kiss From a Rose” by Seal. Turtle has some serious pipes and sounds like someone who has definitely had a singing career. Perhaps someone from a boy band? The panel guesses it’s possibly Joey McIntyre, Donny Walhberg or Zac Efron.

8:10 p.m. — Llama is up next and we see him working in a DJ booth at a radio station while saying he’s just here for laughs. We also see him with some playing cards (an ace and jack of spades to be exact), a record featuring the city of Seattle and a video of him molding a clay pot like in the film “Ghost” with his llama lover. Performing “She Bangs” by Ricky Martin, Llama struggles to hit the notes like a professional singer, but as we heard earlier, he’s just here for laughs. The costume is about the most entertaining piece of this performance and he may be in danger. The panel dishes out guesses like Howard Stern, David Spade and Joel McHale.

8:25 p.m. — Next up is a girlish Godzilla known as Miss Monster who we see in a women’s bathroom with some hairspray and a key that says “Fun” on it. She says she started off as a shy little monster but it didn’t take long for people to misunderstand her. Later she’s walking down the halls of a school and opens up locker number 10 and reveals her crush on Season 1 winner, Monster. Miss Monster is singing “Something to Talk About” by Bonnie Raitt and I can immediately hear diva legend Chaka Khan! Some voices are unmistakable much like Gladys Knight in Season 1 and Patti LaBelle in Season 2, and Chaka is likely following in their footsteps. The panel believes it could be Dolly Parton, Mary J. Blige or Dionne Warwick.

8:40 p.m. — Robot is next to hit the stage and we see him standing near a periodic table while he says he has a tough outer shell that makes him seem inhuman. He’s had his fair share of fame and he mentions performing stunts, but he’s here to tip the scales and prove that he has a lot of heart and love to give. Tonight Robot is singing “Are You Gonna Go My Way” by Lenny Kravitz. This performance is hard to pin down, but it sort of sounds like Lil’ Wayne? The panel thinks he may be throwing his voice and throws out guesses Johnny Knoxville, Steve-O and Floyd Mayweather.

8:50 p.m. — The final singer tonight is Kangaroo. She’s a survivor who recently lost someone who held her family together. Following that tragedy she found herself in the spotlight for all the wrong reasons. Kangaroo is ready to bounce back and fight for her family, showing them bullies never win. She’s singing “Dancing On My Own” by Robyn and she’s got a better voice than I was expecting. She says she hasn’t done anything like this before, but she sounds great. I’m stumped by this beautiful performance! The panel guesses Jordin Sparks, Kelly Rowland and Iggy Azalea.

9:00 p.m. — The votes have been cast for the six masked singers in Group A and the one with the least votes will be eliminated. The singer who will be forced to reveal themselves is Robot! The panel gives their final guesses: Floyd Mayweather (Nicole), Johnny Knoxville (Jenny), Steve-O (Jamie), Shaun White (Robin) and Flavor Flav (Ken). My final guess is Lil’ Wayne. Are any of us right? Robot reveals himself to be Lil’ Wayne! That’s a wrap for episode one! 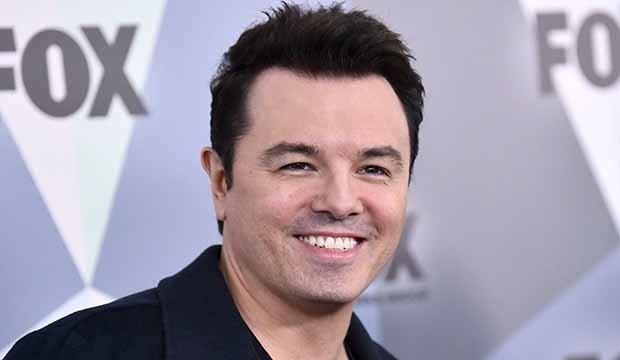