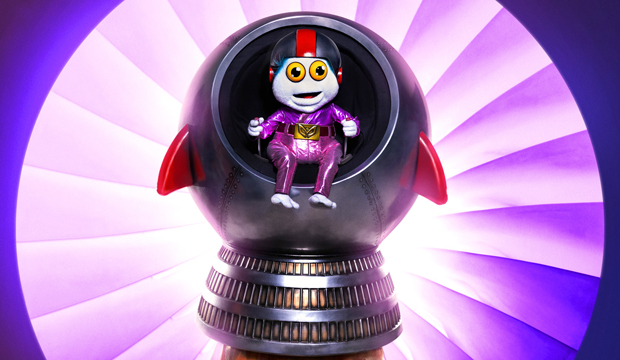 The fourth episode of “The Masked Singer” on October 14 saw the return of five stars from Group B who had shone in their first appearance two weeks ago. A half dozen contestants had competed on episode 2 of season 4. Five — who were disguised as the Baby Alien, Crocodile, Seahorse, Serpent and Whatchamacallit — won over the audience with their singing. The sixth, the Gremlin, failed to impress both the audience and the four judges (Ken Jeong, Jenny McCarthy, Nicole Scherzinger, Robin Thicke) and was revealed by host Nick Cannon to be Oscar-nominated actor Mickey Rourke.

We’ve been busy since that second episode trying to figure out which famous faces are hiding beneath these elaborate masks. Keep reading if you want to know as we have all “The Masked Singer” spoilers, including the name of the Baby Alien, who dazzled the crowd with a toe-tapping cover of “Faith” by George Michael in his first appearance.

Forget the speculation by the judges that it is Freddie Prinze, Jr., Ralph Macchio or “Friends” star David Schwimmer. We are certain that the Baby Alien is actor and voice artist Seth Green. This one-time child star is best known these days as voice of Chris Griffin on the long-running FOX animated series  “Family  Guy.”

Seth starred in the short-lived FOX sitcom “Greg the Bunny” back in 2002; that role required him to work with puppets and would certainly give him a head start to learning how to maneuver around “The Masked Singer” stage inside the cumbersome costume that is the Baby Alien.

The Baby Alien admitted to being “lost in space”; Seth starred in the “Austin Powers” movie franchise and the second of these, “The Spy Who Shagged Me,” included a sequence set in space. Mike Myers‘ catchphrase as the title character, “yeah, baby” also got a shout-out from the Baby Alien.

Green gave voice to Leonardo in the TV version of the “Teenage Mutant Ninja Turtles” that ran on Nickelodeon for five seasons beginning in 2014; we saw an image of a turtle in the clues video.

And consider the other visual shout-outs to Seth’s past. He hails from Philadelphia, which is renowned for both the Liberty Bell and cheese steak sandwich; images of both of these appear in the clues video.

We won’t know if we are correct that the Baby Alien is Seth Green until he is unmasked. That happens only when he loses a vote or wins the show. Do you think we are right about the true identity of the Baby Alien? Sound off in the comments section with your best guesses.