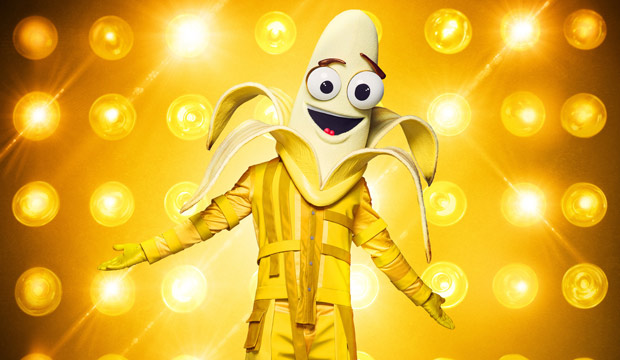 Episode 5 of “The Masked Singer” on February 26 featured five celebrities disguised once again as the Banana, Frog, Kitty, Mouse and Taco. These season 3 contestants survived their initial appearances on the show last Wednesday.  The sixth member of Group B, the Elephant, lost the audience vote and was revealed to be skateboarder Tony Hawk.

We’ve watched those first performances of the remaining five contenders in Group B and have all of “The Masked Singer” spoilers for season 3, including the identity of the Banana who sang “A Little Less Conversation” by Elvis Presley. Keep reading if learning the real name of the Banana appeals to you.

We are convinced that the Banana is singer-songwriter Weird Al Yankovic. Do you think it is someone else? We ask that you have a read of our reasoning.

Yankovic is well-known now for his satires of songs. He started out in the 1980s and had a huge hit with “Eat It,” which was a parody of the Michael Jackson tune “Beat It.” Weird Al charted at #12 on the Billboard 100. Since then, he has recorded nine gold albums (collectively, “The Masked Singer” contestants have 88 gold discs).

In the past three decades, Weird Al has earned 11 Grammy nominations (as a group, the 18 contestants on this season of “The Masked Singer” have contended in 69 Grammy races). Weird Al has won five of music’s highest honor, including Best Comedy Album three times.

Weird Al is overseeing the release of his authorized biography later this year. That makes this high profile gig on “The Masked Singer” very well-timed.

In advance of the first appearance of the Banana on “The Masked Singer,” the show released an Instagram post, which revealed the letter “A” (as in Al) on the sides of the costume. The Banana is standing beside a sign that reads “Quiet Backstage” and on top of a red carpet, which suggests someone who attends awards shows.

We won’t know for sure if Weird Al Yankovic is the Banana until he is unmasked. That will happen when he loses an audience vote or wins the show. Do you think we are right about the true identity of the Banana? Sound off in the comments section with your best guesses.