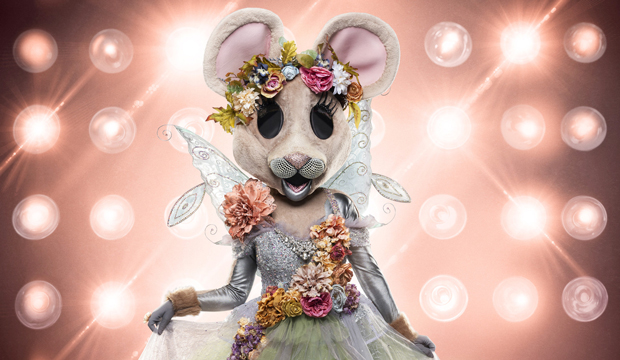 The five remaining contestants in Group B took to the stage again on episode 5 of season 3 of “The Masked Singer,” which aired Wednesday (February 26) on FOX.  Last week saw the first (and last) appearance of the sixth contender from this group: the Elephant lost the studio audience vote and was revealed to be skateboarding legend Tony Hawk.

His one-time competitors are disguised as the Banana, Frog, Kitty, Mouse and Taco. We rewatched all of their performances from last week as well as their clues videos. While we were off the mark about the Elephant (we thought it was rapper Will.i.am) we are convinced we are on the right track when it comes to revealing the real names of the rest of Group B. Keep reading for “The Masked Singer” spoilers, including the true identity of the Mouse, who sang “Get Here” by Oleta Adams on February 19.

SEE ‘The Masked Singer’ spoilers: The Banana is …

Before she performed, we were sure that the Mouse was Paris Hilton, the socialite turned reality TV star.  So many of the clues fit: the Mouse has a pet chihuahua that wears a tutu; for years, Paris toted around her beloved Tinkerbell, a chihuahua that she dressed in all things pink. The Mouse is prone to wearing pink sweatpants and Ugg boots; that was the signature look of Paris on her hit MTV reality show “The Simple Life.” And the house of the Mouse is a mansion in Beverly Hills with the numerical address of 3340; in 2007, Paris bought a house at 3340 Clerendon Road in Beverly Hills.

SEE ‘The Masked Singer’ spoilers: The Frog is …

But after hearing the Mouse sing, we now know that this is the Grammy winner Dionne Warwick. Remember, as a group the 18 contestants on “The Masked Singer” have earned 69 Grammy nominations. Dionne has racked up 15 Grammy Awards bids and won five of the recording industry’s highest honor.

Dionne has sold more than 25 million albums, with seven of them going gold or platinum (“The Masked Singer” season 3 contestants can boast of 88 gold discs).

Warwick hosted the musical variety TV show “Solid Gold” in the 1980s, which would account for the gold outfit that the Mouse is sporting.

And speaking of sports, the football team seen in the clues video are wearing jerseys with the number “1979.” Dionne is 79 years-old.

Warwick had a fall several years ago that required ankle surgery; the Mouse needed help getting on and off stage.

SEE ‘The Masked Singer’ spoilers: The Kitty is …

We will only find out if we were right that the Mouse is Dionne Warwick when she is unmasked. That will happen if she loses a popular vote or wins the show. Do you think we are correct in our guess about the real name of the Mouse? Let us know your thoughts in the comments section with your best guesses.