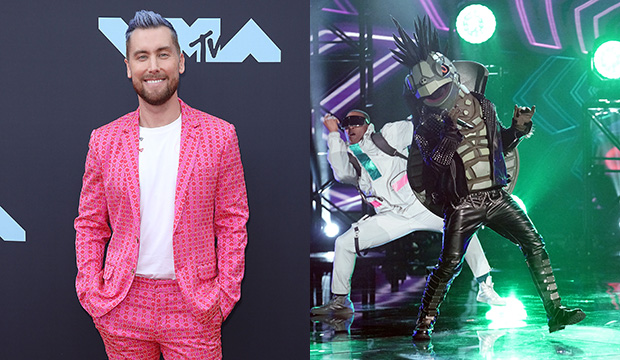 Slow and steady wins “The Masked Singer,” but Lance Bass is already taking himself out of the running. Some think the former ‘N Sync member is the Turtle on the current third season of the Fox hit, but the singer claims it’s not him underneath that Bowser-like shell.

“I do get a lot of tweets about ‘Lance is definitely the Turtle,’” Bass told “Entertainment Weekly.” “I get lots of weird tweets, and everyone guessing it’s me, but unfortunately, it’s not.”

Now, this could all be deflection if it is, in fact, him. The Turtle’s smooth vocals have the panelists convinced it’s a boy band star, spawning such guesses as Nick Lachey and Donnie Wahlberg, Jenny McCarthy‘s husband who’s been a go-to guess since the first season. But if you came of age in the early aughts, you’d know the Turtle is not either of them or Bass because you can definitely identify that beautiful falsetto like it’s 2004 (do not click if you don’t want to be spoiled).

SEE ‘The Masked Singer’: The Turtle is…

An ‘N Syncer has already been on “The Masked Singer,” of course: Joey Fatone was the Rabbit in Season 1, finishing in fourth place. He enjoyed it so much that he got a tattoo of his costume on his leg. “I feel like it seems like it’d be so much fun, but I don’t know if I would ever do the show,” Bass said. “You know, it’s a lot of time, and I just don’t have that right now.”

Bass is producing a just-announced film about ‘N Sync superfans who followed the group on tour in 2001 in a Winnebago purchased with “The Price Is Right” winnings (yes, this actually happened).

As for the Turtle, he advanced to the Super Nine round last week along with fellow Group A croontestants Kangaroo and White Tiger, so we won’t hear him again until then as Group B and Group C determine their respective top three singers next.

“The Masked Singer” airs Wednesdays at 8/7c on Fox.