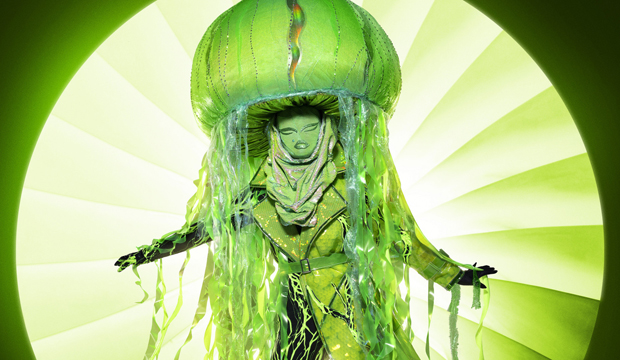 A huge part of the appeal of “The Masked Singer” is trying to figure out which famous faces are hidden beneath those masks. We did well with figuring out the real names of those four celebrities sent home from Groups A and B and nailed the name of the first contender sent packing from Group C: Lips (Wendy Williams). The rest of the contenders in Group C returned to compete again on November 4 disguised as the Broccoli, Jellyfish, Mushroom and Squiggly Monster.

Of these famous four folks, we are most certain about who is hiding inside the Jellyfish costume. Last week, she rocked the house with her cover of “Big Girls Don’t Cry” by Fergie. We’ve watched that performance and her clues video over and over and think we’ve nailed her name. Keep reading for all “The Masked Singer” spoilers, including the identity of the Jellyfish.

We are convinced that the Jellyfish is Chloe Kim, the youngest-ever Olympic gold medal winner in snowboarding. That achievement landed her on Time magazine’s list of the 100 Most Influential People of 2018. We know one of this season’s celebrities on “The Masked Singer” has made that roster and is an Olympic gold medalist.

While the Jellyfish lives in warm water, she confesses to being cold-blooded and competitive. Her declaration of “Brrr” coupled with that image of powder (another name for snow) has us thinking that the celebrity must be someone associated with winter. The Jellyfish costume reveals the contestant has an athletic physique.

The Jellyfish is seen wearing a tiara; Chloe is definitely the queen of her sport, reigning over it as the first female snowboarder to win all four major championships: World, Olympic, Youth Olympic, and X Games.

The Jellyfish admits she swapped her crown for “glowjella,” which we read as a play on the place Coachella, home to an annual musical festival where Chloe has been seen. Indeed she posted pics from her time there on Instagram. Chloe has upwards of half a million followers on this social media outlet; the first clues video included a shot of “Instaclam.”

We will only know find out if we are right that the Jellyfish is Chloe Kim when she is unmasked. This will happen when she loses a vote or wins the show. Do you think we are right about the true identity of the Jellyfish? Sound off in the comments section with your best guesses.