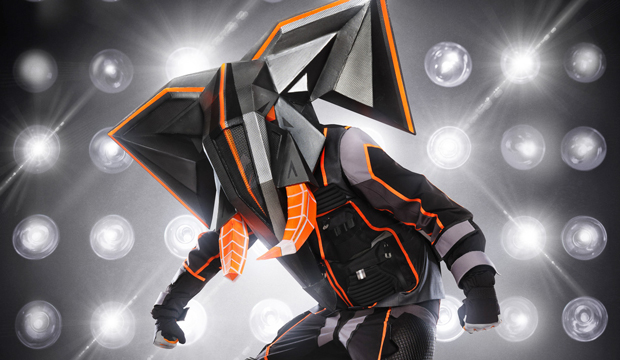 “The Masked Singer” is a huge hit for FOX. This reality competition series is adapted from the South Korean series of the same name. In each episode, Nick Cannon introduces celebrities who perform songs while completely hidden in elaborate costumes. At the end of the show, the contestant with the fewest votes from the studio audience is unmasked and sent packing.

We’ve already seen six of the 18 stars competing on season 3 of “The Masked Singer.” In episode 4, which airs on February 19, another half dozen take to the stage. They are disguised as the Banana, Elephant, Frog, Kitty, Mouse and Taco. Part of the fun of watching the show is guessing which famous faces are hidden behind these masks. Keep reading for “The Masked Singer” spoilers including the real name of the Elephant.

In advance of the first appearance of the Elephant, we were teased that he “plays that trunk-y music.” That would seem to suggest that the performer is someone associated with funky music. The most obvious choice is Will.I.Am, the lead singer of The Black Eyed Peas.

After two albums that did decent business, third time proved to be the charm for The Black Eyed Peas with the disc “Elephunk” selling almost 10 million copies worldwide in 2003. They followed up that success with three more albums that all sold in the millions. Before being certified platinum for sales of 1 million, a record is first made gold (collectively, “The Masked Singer” celebrities have 88 gold records lining their walls).

The Black Eyed Peas have contended for 18 Grammy Awards (as a group, the 18 contestants on “The Masked Singer” have earned 69 Grammy nominations.) They’ve won six  of music’s highest honor, including Pop Performance by a Duo or Group for “My Humps,” which includes a reference to “your trunk.”

The Black Eyed Peas were the entertainment for the halftime show at the 2011 Super Bowl (this season’s celebrities on “The Masked Singer” have appeared at 11 of these big games over the years.)

Will.I.Am is a distinctive dresser and has worn an outfit reminiscent of the Elephant costume.

We only know if we are right that the Elephant is Will.I.Am when he is unmasked. That will happen when he loses a vote or wins the show. Do you think we are right about the true identity of the Elephant? Sound off in the comments section with your best guesses.