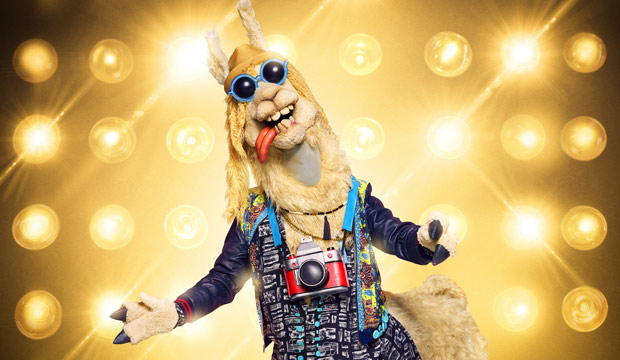 Have you been losing sleep over trying to figure out the names of the stars performing in elaborate costumes on “The Masked Singer”? We’ve done some sleuthing and think we have uncovered the identities of these contestants, including the Llama. This celebrity appeared on the season 3 premiere of the reality show. He delivered a lively rendition of “She Bangs” by Ricky Martin.

In the preview package, we saw the Llama spinning discs in a DJ booth at a radio station with the call sign “23.3 The Wool.” We also saw him with a record entitled “The Sounds of Seattle.” The celebrity inside the Llama costume readily admits he’s just here for laughs.

Forget the panel guesses that the Llama is Joel McHale, David Spade or Howard Stern. We’ve analyzed both these clues and the ones given as a group for all 18 celebrities taking part on season 3 of “The Masked Singer.” We are convinced we know who is hidden inside the Llama costume. Keep reading for “The Masked Singer” spoilers, including our best guess as to the real name of the Llama.

We think that the Llama is comedian Drew Carey. Not convinced? Then consider the following evidence:

Drew is a co-owner of the Seattle Sounders, a semi-pro football team founded in 2007.

The radio call sign references “The Drew Carey Show,” which numbered exactly 233 episodes in its 9-season run on ABC.

Drew Carey served in the US Army and was part of the Special Services branch; one of his stints was as a DJ.

The Llama is carrying a camera; Drew is the official photographer of the US soccer team. He uses the alias Brooks Parkenridge.

Carey currently hosts the long-running CBS game show “The Price is Right.” That gig puts him front and center on a daily basis.

SEE ‘The Masked Singer’ spoilers: Who is the Kangaroo?

While we are convinced that the Llama is Drew Carey, we won’t know for sure until he is unmasked. What do you think? Sound off in the comments section and let us know if you agree with us.