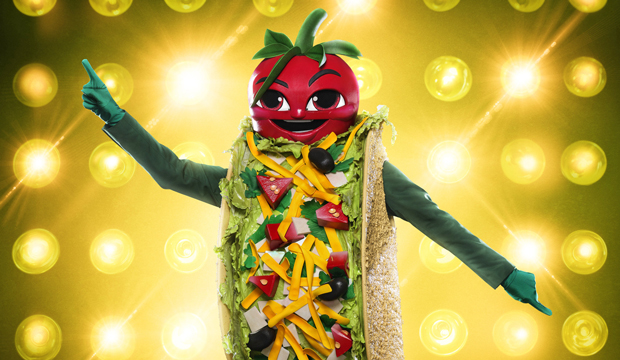 Six celebrities took to the stage in the fourth episode of season 3 of “The Masked Singer.” Each of them was completely clad in an costume with their face hidden behind an elaborate mask. They were disguised as a Banana, Elephant, Frog, Kitty, Mouse and Taco.

One of these half dozen will be eliminated at the end of the show while the other five will continue on in the competition in coming weeks. We won’t know who they are till they are eliminated or, in the case of one of them, wins the show. If you can’t wait till then to find out, then keep reading as we’ve got “The Masked Singer” spoilers for all of them, including the Taco.

This is the one celebrity we aren’t so sure of. Internet chatter says that it is LeBron James, the all-star NBA player. Yes, he currently plays for the Los Angeles Lakers, which would make the logistics of tapings possible depending on the shooting schedule.

And yes, he is a HUGE fan of tacos, to the point that he tried to trademark the phrase “Taco Tuesdays.” He didn’t get very far with that idea with his application rejected by the U.S. Patent and Trademark Office in 2019.

SEE ‘The Masked Singer’ spoilers: Who is the Elephant?

And yes, he can sing as he showed during his 2017 appearance on James Corden‘s “Carpool Karaoke.” He showed off his rapping skills with his rendition of “It Was a Good Day” by Ice Cube.

SEE ‘The Masked Singer’ spoilers: Who is the Frog?

We’ll only find out if we were right that the Taco is James LeBron when he is unmasked. This will happen if he loses a popular vote or wins the show. Do you think we are correct in our guess about the real name of the Taco? Let us know your thoughts in the comments section with your best guesses.

SEE ‘The Masked Singer’ spoilers: Who is the Kitty?