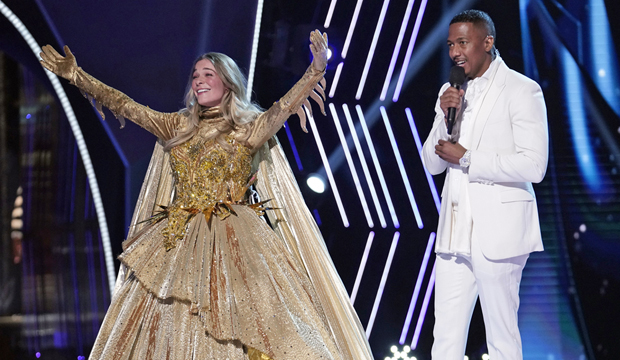 The fourth winner of “The Masked Singer” was recently crowned, with Sun (LeAnn Rimes) taking home the Golden Mask over Mushroom (Aloe Blacc) and Crocodile (Nick Carter). That made Sun the second female winner on Fox’s reality TV show, following Night Angel (Kandi Burruss) just last season; the first two winners were Monster (T-Pain) and Fox (Wayne Brady). Which victorious celebrity is your all-time favorite? Fans have been voting all week and the results are resounding for the shiniest of all the stars.

Rimes leads her co-champs with a slim majority of the vote (51%), followed by Brady with a fourth of respondents picking him as the best (25%). Both of these performers not only had powerful vocals, but also a good story to go along with their masked personas. For Sun, she was a former child singer who was often overshadowed by her past successes. For Fox, he always wanted to be seen as a singer but people never looked past his days jobs as a comedian and an actor.

Here are the complete poll results for who “TMS” fans named as their favorite winner ever:

T-Pain, a chart-topping rapper and hit-making producer, made history as the first winner of “The Masked Singer.” As the Monster, he was able to put his singing prowess at the forefront while keeping his identity hidden until the very end. Indeed, none of the panelists guessed him.

Brady, a five-time Emmy winner, comedian and Broadway star, had developed a plan from day one to confuse the panel and lead them to believe he was Jamie Foxx. As the weeks passed by, Brady wowed viewers with his voice, dance moves and charisma as the Fox. Following his final performance of “Try a Little Tenderness” by Otis Redding, Brady became the Season 2 champion.

At long last, the winner of the third Golden Mask was revealed to be business mogul/Grammy-winning songwriter/realty TV star Burruss. “It feels incredible!” said the show’s first-ever female winner. “For a long time I really stopped singing by myself … and I really appreciate you guys for helping me build my confidence back up.”

How fitting that Sun won the Golden Mask — after all, this shining star was the first contestant to perform this fourth season and set the bar extremely high with her “Cuz I Love You” cover. Throughout the competition the panelists threw out all kinds of guesses, but in the end both Jenny McCarthy and Nicole Scherzinger guessed Sun was actually child singer Rimes.