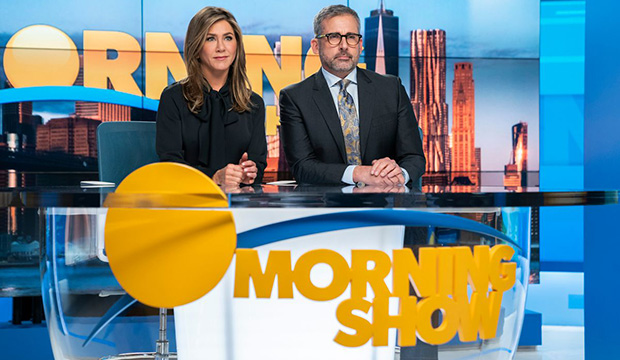 The Golden Globes love to award new content and new players in the entertainment industry. This makes “The Morning Show” the perfect contender in the Best TV Drama Series race. Headlined by three past Globe winners — Jennifer Aniston, Reese Witherspoon and Steve Carell — the show is the flagship of the Apple TV+ streaming service, which launched in November.

After the Critics’ Choice Awards weighed in, prognosticators cooled on its chances. But remember, Globe voters are not critics. Last year they embraced “Bohemian Rhapsody,” which did not number among the Critics’ Choice slate of 10 Best Picture nominees; it won the Golden Globes for Best Film Drama and Best Film Drama Actor for Rami Malek. “Green Book” led with three wins, for Best Film Comedy or Musical, Best Film Supporting Actor and Best Film Screenplay, despite the lack of enthusiasm from some critics.

These two films went on to be the big winners at the Oscars as well. Although the Globe voters are journalists, their tastes are more aligned with the industry than with their fellow members of the press who vote at Critics’ Choice. That trend is continuing this year: “The Morning Show” scored three nominations from the Screen Actors Guild. Both the Globes and the industry reflect the tastes of the general public ⁠— these three titles merit a score of at least 8/10 with users on IMDb.

SEE how Jennifer Aniston sizes up as a Globe contender.

The Globes double-nominated “The Morning Show” for Best TV Drama Actress. The last show to achieve this feat was “The Sopranos” 18 years ago. It won four Globes for that debut season. Pundits still favor Aniston to win Best TV Drama Actress, but the show ranks only third, despite the Globes’ tendency to pair a series win with one for acting. Two years ago Best TV Drama Series went to “The Handmaid’s Tale,” Best TV Comedy or Musical Series to “The Marvelous Mrs. Maisel” and Best TV Movie or Limited Series to “Big Little Lies”; each also won a Globe for its leading lady.

Apple billed “The Morning Show” as “a high-stakes drama that pulls back the curtain on early morning TV.” The Globes have a chance to make a statement about our time, as the show tackles the #MeToo movement more than any other. It also addresses such hot button issues as abortion, the California wildfires and mass shootings.