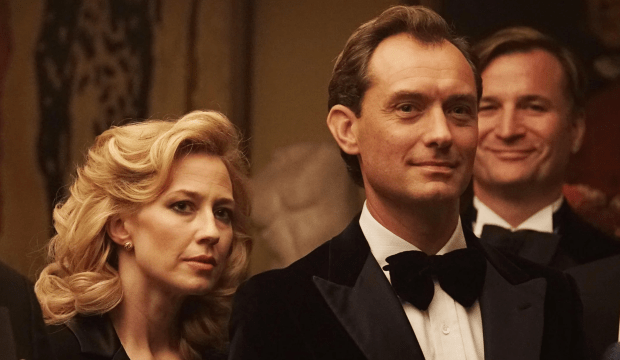 In 2011, Sean Durkin emerged as an exciting new filmmaker to watch with his indie drama “Martha Marcy May Marlene.” Nine years later, his sophomore effort, “The Nest,” is receiving similar critical acclaim ahead of its VOD release by IFC Films on Nov. 17. Much like “Martha Marcy May Marlene,” “The Nest” boasts rave reviews for its leading stars, Carrie Coon and Jude Law, who play a 1980s couple who uproot their lives in America and move into a creaky English country house. But can the film become a big awards player like Durkin’s previous film?

“Martha Marcy May Marlene” was a big hit with critics groups in 2011, with breakthrough star Elizabeth Olsen earning nominations at the Critics’ Choice and Independent Spirit Awards. That love did not translate to other major industry awards like the Oscars. This could be chalked up to the relative smallness of the film and its atmospheric tone that could have been distancing for some. Nonetheless, it was a strong showing overall, especially for a feature-length directorial debut.

What helps “The Nest” get a leg up in this year’s awards races to come is the established and well-liked stars at its center. Law is a two-time Oscar nominee with decades in the business while Coon is an Emmy nominee and won a Critics’ Choice Award for her work in “The Leftovers.”

Both are delivering showy yet nuanced work in “The Nest” as their characters struggle to keep their fracturing marriage together and try to find individual satisfaction. Coon, in particular, shines as a woman who has grown tired of her husband’s empty promises.

And “The Nest” may have more of a chance to be seen and appreciated now than in years previous due to the pandemic forcing many voters to stay inside, giving them ample opportunity to check out more films than usual. Indie movies may now have more of an equal footing with the big, flashy studio fare, and if voters have taken note of the critical acclaim for “The Nest” and they are fans of the stars at its center, it could do better this award season than some are expecting.