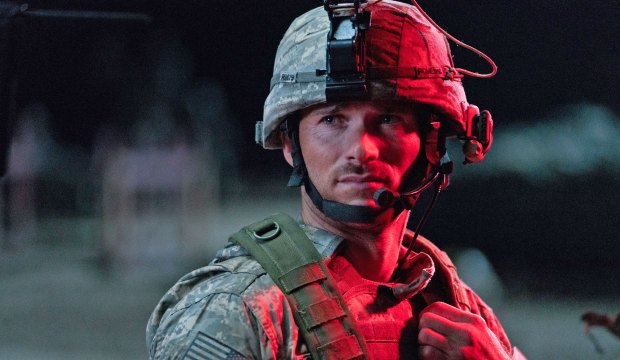 Keep your eyes peeled for a potential awards ambush by under-the-radar war film “The Outpost” at the Golden Globes and Oscars. While the film is currently lingering outside the upper echelons of contenders according to our combined odds, the Hollywood Foreign Press Association and motion picture academy love war movies, and if enough of those voters see the film, they might find it hard to resist this 2020 success story.

In “The Outpost,” a unit of 53 U.S. Army soldiers are stationed deep in a dangerous and remote valley in the Hindu Kush mountains of Northern Afghanistan. Widely regarded as a death trap because of its location and exposure to the mountains surrounding it, the outpost is under constant fire by Taliban insurgents, culminating in the deadly Battle of Kamdesh on October 3, 2009, when hundreds of Taliban fighters vastly outnumbered and surrounded the soldiers in a day-long coordinated ambush attack. That battle stands as the bloodiest American engagement of the decades-long war in Afghanistan, as eight U.S. soldiers were killed and another 27 wounded.

The film dramatizes the harrowing events leading up to the battle as well as the battle itself. It features relentlessly intense action sequences, immersing the audience in the attack while also shining a light on the courage, bravery and valor of the troops stationed in the nightmare scenario that this outpost became. The surprise hit was directed by Rod Lurie (“The Contender”) and adapted by screenwriters Eric Johnson and Paul Tamasy from CNN anchor Jake Tapper’s book “The Outpost: An Untold Story of American Valor.”

SEE‘Soul’ is on track to become the 4th animated film nominated for Best Picture Oscar, according to our latest odds

The film became a summer hit on various streaming platforms (including Netflix), despite its intended release across multiplexes being canned earlier this year at the outset of the global coronavirus pandemic. Audiences and critics alike have responded to the film, as it shot to the top of streaming charts and critics lavished praise on it, giving it a 92% freshness rating at Rotten Tomatoes.

The film’s best chance at awards glory may be its screenplay since original and adapted scripts compete separately at the Oscars. The Globes are always a more challenging mountain to climb in that regard, though, because the HFPA combines adapted and original screenplays into one catch-all category. Elsewhere, lenser Lorenzo Senatore has a good chance in Best Cinematography, and its sound mixers and editors might contend in the recently combined Best Sound category — war movies usually appeal to that branch of the motion picture academy.

SEE35 actors who played actors for Oscar wins or nominations

The film additionally features a moving song written by Lurie, composer Larry Groupe and actress/musician Rita Wilson, who also lends her impressive vocals to the track which plays over a heartbreaking sequence toward the end of the film. That song, “Everybody Cries,” is being pushed at both the Globes and Oscars, and stands a good chance of making the cut at both ceremonies.

Its cast may be more of a long shot, but two actors have garnered the most attention for their compelling performances: Scott Eastwood as the stoic and courageous Staff Sergeant Clinton Romesha and Caleb Landry Jones as the troubled but ultimately heroic Staff Sergeant Ty Carter. Critics have called Landry “riveting” and said that both actors “do the best work of their respective careers.” Their characters were awarded the Medal of Honor in real life for their actions during the battle. So don’t rule out the actors or their film from receiving honors of their own.