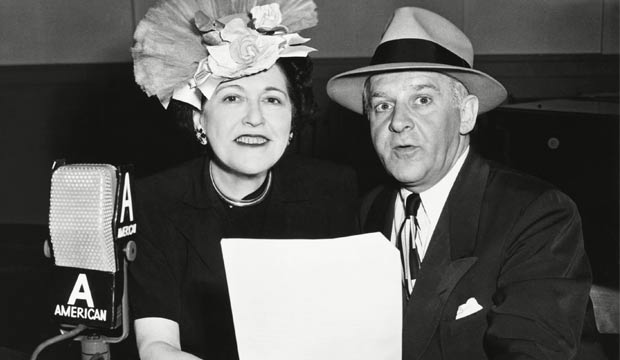 Based on a best-selling Philip Roth novel, HBO’s limited series “The Plot Against America” is an alternate history tale that follows a Jewish family living in New Jersey who deal with bigotry and anti-Semitism after Charles Lindbergh is elected as President of the United States. In the show, the famous aviator runs on the pretense of opposing US intervention in the war in Europe, but it quickly becomes clear that he has much more sympathy with the Nazis than he lets on. While the book and the show are fictional, they both deal with real-life historical figures, many of whom harbored real-life prejudices.

There is little question as to why show creators David Simon and Ed Burns chose this moment in time to adapt Roth’s novel. The book, written in 2004, now seems eerily prescient. It chronicles how insidiously elements of fascism and bigotry can take power, all while appearing harmless to those who aren’t paying attention. The showrunners purposefully emphasize how much influence someone like the President has, and how that can embolden racists, anti-Semites and other prejudiced people to act on their hateful views. More than anything it dramatizes the death by one thousand cuts that is fascism, and how the world around you can change slowly and almost imperceptibly until it’s too late to go back.

In 2004 Roth wrote that his goal with the book was “to alter the historical reality by making Lindbergh America’s 33rd president while keeping everything else as close to factual truth as I could.” In our photo gallery, we explore the true stories behind HBO’s adaptation, many of which reveal that its fictional take on history is not all that far from what really happened.

Hurry! RSVP now to see the debut of our fascinating chats with the creators of 4 major Oscar contenders for Best Documentary: “All in: The Fight for Democracy,” “Boys State,” “Miss Americana” and “Rebuilding Paradise” on Nov. 23 at 5 p.m. PT/ 8 p.m. ET.

Capacity is limited. Click here to reserve your spot and we’ll send you a reminder a few hours before this major online event begins.

Taylor Swift will earn the most Grammy nominations, according to our readers, but just how many could…

R.J. Cutler on his Showtime documentary 'Belushi': 'He was of his time and so far ahead of his time'…

The Killers could make a killing in Grammys rock categories, as could Tame Impala, Coldplay, Haim and…

2021 Grammy for Best Alternative Album could be historic for women

Can The Weeknd overtake Taylor Swift at the American Music Awards like he did at the VMAs?

Who will win 2020 American Music Awards in country and adult contemporary artist categories?

2020 American Music Awards winners list in all categories: Who won at the AMAs? [UPDATING LIVE]