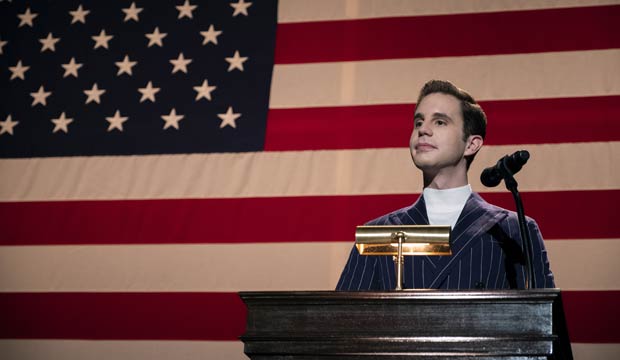 The 2020 Emmy ballots have been released by the Television Academy, so we now know which shows, actors, etc. are in contention for this year’s golden statues. Netflix’s “The Politician” accounts for 16 entries on the performer ballot, including lead actors Ben Platt and Gwyneth Paltrow. Platt plays Payton Hobart, an aspirational politician who one day hopes to become President of the United States … but first he has to win his high school’s student body election. Paltrow, who won an Emmy for Ryan Murphy‘s “Glee” (2011), takes on the role of Payton’s supportive mother in Murphy’s latest series.

Notable A-listers who appear throughout the first season include frequent Murphy collaborator Jessica Lange as the poisonous mother of VP candidate Infinity, Bob Balaban as Payton’s quiet father, and Dylan McDermott and January Jones as the parents of Payton’s frenemy Astrid. Judith Light and Bette Midler pop up in the season finale as a pair of political rivals after the show time-jumps three years following the high school election; they return in Season 2 as full-fledged series regulars.

Here’s a closer look at the Emmy-eligible cast members and creative talents for “The Politician” Season 1:

SEEEmmys 2020 exclusive: Disney Television Studios categories for ‘Black-ish,’ ‘The Politician,’ ‘This Is Us’ and more