At 2020’s virtual New York Comic Con, CBS All Access held a panel for its upcoming nine-episode limited series “The Stand,” which is based on the Stephen King novel. It premieres on Thursday, December 17, with new episodes going up every week on the streaming platform. During that panel, they also unveiled the trailer for the star-studded television event. Watch that trailer above, and scroll down to see the panel discussion with actors Whoopi Goldberg, James Marsden, Greg Kinnear, Odessa Young, Jovan Adepo, Amber Heard and Owen Teague, along with executive producers Benjamin Cavell and Taylor Elmore.

“The Stand” is an apocalyptic story starring Goldberg as Mother Abigail, a 108-year-old woman who must save mankind along with a few other survivors of a global plague — which, if nothing else, is a timely theme. Alexander Skarsgard plays Randall Flagg aka the Dark Man, who has supernatural powers and is the embodiment of the survivors’ worst nightmares. King’s novel was previously adapted into a 1994 miniseries on ABC starring Ruby Dee as Mother Abigail and Jamey Sheridan as Randall Flagg. That version earned an Emmy nomination for Best Miniseries and won awards for its makeup and sound mixing.
SEE‘Minari’ trailer: Sundance winner stars Oscar contender Steven Yeun a Korean-American family man in Arkansas [WATCH]

Cavell is the showrunner of this new adaptation. He previously created the military procedural “SEAL Team,” and his other writing credits include “Justified,” “Homeland” and “Sneaky Pete.” Fellow executive producer Elmore was also a “Justified” writer in addition to his work on “Cold Case” and “Limitless.”

King’s novels have done big business of late. The two-part film adaptation of his evil-clown novel “It” was a box office blockbuster, and earlier this year HBO’s “The Outsider” was a ratings hit for telling the story of the hunt for a shape-shifter who feeds off of death and human misery. In recent years Hulu’s “Castle Rock” and DirecTV’s “Mr. Mercedes” were also drawn from King’s extensive library. Will “The Stand” be another successful adaptation of the horror master? 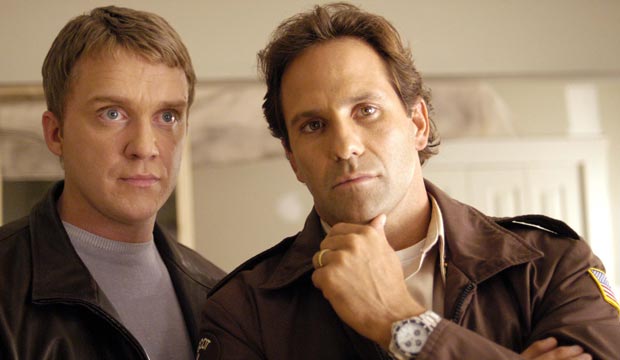 4 top showrunners for 'P-Valley,' 'Raised by Wolves,' 'The Stand,' 'The Undoing' on influences to join…