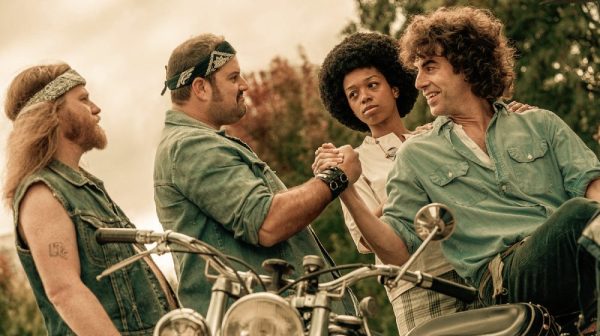 While “The Trial of Chicago 7” is earning critical acclaim for writer/director Aaron Sorkin and his all-star cast led by Oscar winner Eddie Redmayne, it is also being singled out for its attention to detail in capturing the look of the late 1960s. And that praise could well translate into recognition from three key branches of the academy: costume designers, hairstylists and makeup artists, and production designers.

The production designer for the film is Shane Valentino, the set decorator is Andrew Baseman, the costumer is Susan Lyall and the hair and makeup teams were headed by Nathan J. Busch II and Louise McCarthy. While none of them have been nominated at the Oscars or their respective guilds, Valentino did receive a BAFTA nomination for Best Production Design in 2016 for “Nocturnal Animals” (lost to “Fantastic Beasts and Where to Find Them”) and Busch was Emmy-nominated for Best Hairstyling for a Single-Camera Series in 2016 for “The Knick” (lost to “Downton Abbey”). Baseman share in an ADG win for the contemporary design of “Crazy Rich Asians” in 2019 and was twice nominated for TV’s “Gotham.”

We’ll first get a sense of how well the film will do in these below-the-line categories at the Oscars when their respective guilds announce their rosters of nominees in the new year. All three of these precursor awards include a category for period pictures, like “The Trial of the Chicago 7.”

The Art Directors Guild was founded in 1937 but didn’t start giving out its annual prizes until six decades later. In the first 24 years of the ADG Awards,  a baker’s dozen of films with at least some segments set in the late ’60s/early ’70s have contended in the period category. Among these were such celebrated films as “American Gangster,” “A Serious Man” and “Tinker Tailor Soldier Spy.” But it took till the lucky 13th to contend before one finally prevailed: that was last year’s “Once Upon a Time…in Hollywood,” which then went on to win the Production Design Oscar.

The Costume Designers Guild, which was founded in 1953, began bestowing honors in 2000. As with the art directors, the costume designers have cited a baker’s dozen of films set partially or completely in the late ’60s/early ’70s. Among these were: “Inherent Vice,” “Ray,” “BlacKkKlansman” and “Dolemite is My Name.” None of these won over the CDG or the Oscars in that category.

The Make-Up Artists and Hair Stylists Guild has only held the current version of its awards for just seven years. In the Best Period and/or Character Make-Up category, seven films from the same era as “Chicago 7” received nominations including “Ali,” ‘The Theory of Everything and “Loving.” And in the Best Period and/or Character Hair Styling, 10 films have been nominated including “Get On Up” and “Bohemian Rhapsody.” While neither category has gone to a film set during this time period,  “American Hustle,” which takes place in 1978, did win the prize for Period Hair Styling. 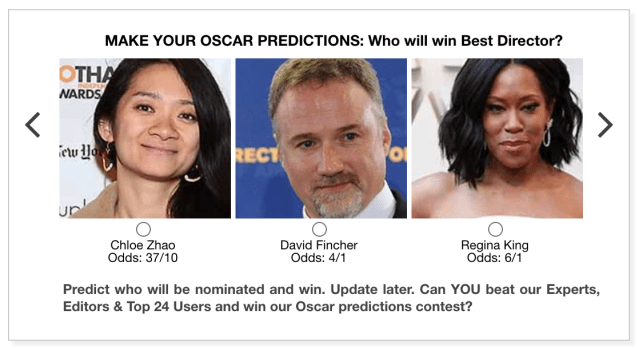