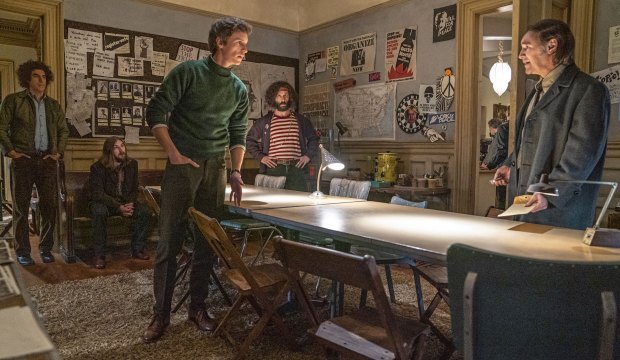 It was recently reported that the entire cast of “The Trial of the Chicago 7” would be campaigned as supporting actors at the Oscars. But with so many male actors filling the ensemble, who as the best chance of breaking through?

As of this writing “Chicago 7” actors make up three out of the top five slots in our official Best Supporting Actor odds, which are based on the combined predictions of thousands of Gold Derby users. To date only “On the Waterfront” (1954), “The Godfather” (1972) and “The Godfather Part II” (1974) have ever racked up three nominations in the category. What’s more, “Chicago 7” accounts for five of our top 11 and six of our top 15, so the field is flooded with actors from the historical drama. Let’s consider those six most likely contenders from the film.

Mark Rylance as William Kunstler (ranked second with 13/2 odds) — He previously won this category for his quiet turn in Steven Spielberg‘s Cold War drama “Bridge of Spies,” and this role is both bigger and showier. He plays the crusading defense attorney for the title characters, and though he doesn’t have the kinds of grandiose scenes many onscreen lawyers get, he’s still given the opportunity to deliver a couple of memorable outbursts.

Yahya Abdul-Mateen II as Bobby Seale (ranked third with 8/1 odds) — He stands out in the cast as the lone Black Panther on trial, railroaded by the prosecution in order to make the other seven defendants seem more threatening to the jury. Abdul-Mateen has less screen time than most of his co-stars, but he gets to express some of the film’s most righteous anger, and he’s fresh off a breakthrough Emmy win for his performance in “Watchmen.” Sometimes an actor gets on an awards hot streak where everything they touch turns to gold. Perhaps this is the start of one for Abdul-Mateen.

Sasha Baron Cohen as Abbie Hoffman (ranked fourth with 19/2 odds) — By the time you read this he might be ranked even higher. His role is so prominent we previously thought he might be campaigned as a lead actor. And Hoffman is arguably the film’s showiest role since the activist is an unabashed provocateur who gets to steal scenes and make speeches. The actor may also get bonus points from the academy for stretching himself creatively: the British comedian best known for “Borat” assumes an American accent for this dramatic turn.

Jeremy Strong as Jerry Rubin (ranked 10th with 37/1 odds) — Like Abdul-Mateen, Strong is coming off an Emmy win (for “Succession“). And like Cohen, it’s a transformative performance. He’s almost unrecognizable as Rubin, a stoned, irreverent hippie fighting the power. His chances may depend on whether voters view his role, which is often played as comic relief, as weighty enough against his co-stars.

Frank Langella as Judge Julius Hoffman (ranked 11th with 54/1 odds) — He stands out in the film as the villain of the piece, a bully who makes arbitrary pronouncements from the bench because he has no interest in giving the Chicago 7 a fair trial. Langella earned one previous Oscar nom for playing a nefarious character, Richard Nixon in “Frost/Nixon” (2008), so he’s respected in the industry, but is he perhaps too good at playing a character so loathsome? Voters might gravitate towards the actors who play characters they root for instead of against.

Eddie Redmayne as Tom Hayden (ranked 15th with 100/1 odds) — Might we be underestimating him? He actually has the most screen time of any actor in the film, and his emotional arc — torn between agitation and civility while protesting a corrupt system — drives much of the story. Redmayne also has two previous Oscar noms, including a win for “The Theory of Everything.” His disadvantage may be the fact that he plays the film’s most straitlaced role (at the Oscars it doesn’t always pay to be subtle), but even still he gets a few scenes of bold indignation, especially one flashback that shows him reacting to a friend’s assault at the hands of police. Don’t count him out. 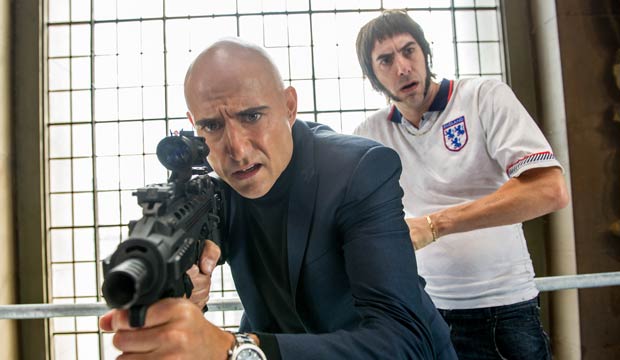