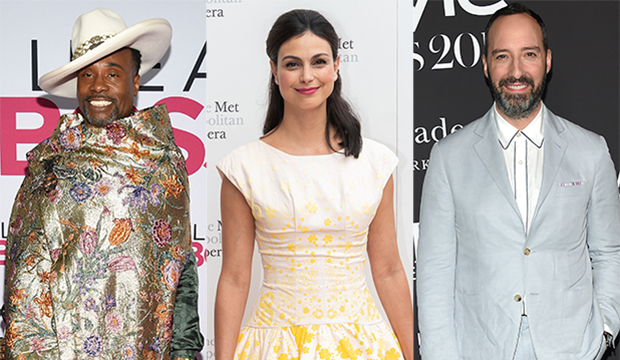 Billy Porter, Christopher Meloni, Jenna Elfman, Morena Baccarin, Tony Hale and Joel McHale are among the stars who will appear in the second season of “The Twilight Zone,” CBS All Access announced Sunday at the Television Critics Association winter press tour.

Other actors include Colman Domingo, Ethan Embry, Tavi Gevinson, Abbie Hern, Gillian Jacobs, Jimmi Simpson, Daniel Sunjata and Sophia Macy, the daughter of William H. Macy and Felicity Huffman, with more to come. Each will be in one episode of the upcoming 10-episode installment. Additionally, executive producer Jordan Peele, who also narrates the anthology series, will write one episode, titled “Downtime.”

The streaming service also revealed the episode titles and cast members for six of the 10 episodes. In no particular order, they are:

Episode: “The Who of You”
Starring Daniel Sunjata, Ethan Embry, and Billy Porter
Written by Win Rosenfeld