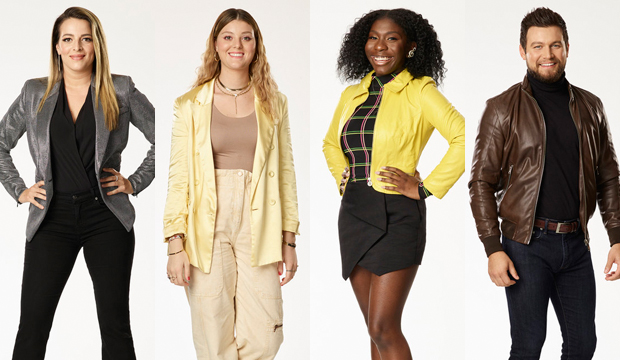 Last season, “The Voice” created a new twist known as the 4-way knockout, in which fans at home could vote for their favorite at-risk artist and send them through to the live shows. Michael Williams won the honor last season, but who will prevail this time around? It’s up to you, America! As a refresher, the four artists in the running to advance to the Season 19 live shows are Taryn Papa for Team Blake Shelton, Julia Cooper for Team John Legend, Larriah Jackson for Team Gwen Stefani and Ryan Gallagher for Team Kelly Clarkson.

Here’s how to vote for the four-way knockout. Visit “The Voice” website (or download the free App) and click on the face of the artist you want to save. You’ll be asked to sign up for an NBCUniversal profile via email, Google, Facebook or Apple, but don’t worry — it’s free and easy to register. Submit up to 10 votes per artist. Hurry up because voting closes Wednesday, November 25 at 7 a.m. ET.

Need a refresher on the knockout performances of the four eligible artists? Our recapper Denton Davidson live-blogged the episode, so here are are his quick-takes:

Taryn Papa: “Cry” by Faith Hill
“Taryn is performing first and she actually sounds a lot like Hill. She has that classic 90’s country sound and I think audiences will respond to her. She overextended a bit towards the end, slightly struggling with the high notes, but overall Taryn gave a solid performance.”

Julia Cooper: “Wish You Were Gay” by Billie Eilish
“Julia is up next and she’s banking more on artistry than vocals, similar to Eilish who has won a few Grammys perfecting that. She sounds fine, but this is a terrible song choice for a four-way knockout. It’s one of those songs that is cool on an album, but this is a singing competition. Julia blew it.”

Larriah Jackson: “One and Only” by Adele
“Larriah is up next for Team Gwen and for being the youngest in this group, she’s incredibly poised. I don’t think she’s quite ready for the big time, but there’s a lot of potential here.”

Ryan Gallagher: “Time to Say Goodbye” by Andrea Bocelli
“Ryan is up last for Team Kelly and I have to say it’s a little refreshing to hear some opera on “The Voice” stage! He’s sort of got that sexy, smoldering look about him and I think audiences will respond.”