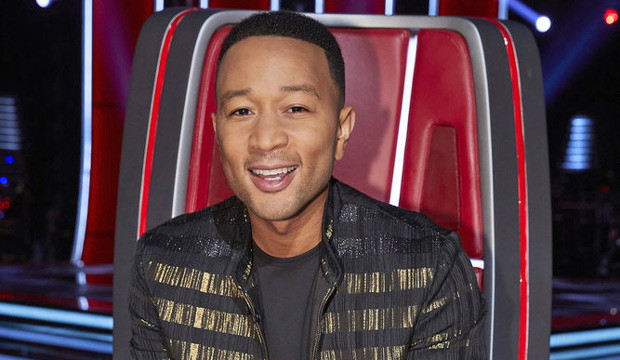 On the first night of the Battle rounds last Monday for “The Voice,” EGOT champ John Legend was the only coach to use his steal when he took away Joanna Serenko from Team Nick. That means he is without that weapon for the remaining Battle episodes. Blake Shelton and Nick Jonas each used their only saves during that show. Kelly Clarkson has yet to use a steal or save.

Enjoy reading our power rankings and see photos for each team by clicking their names:

And enjoy revisiting our live blogs from each of the blind audition episodes from the past few weeks:

We continue our tradition of an updating live blog below with a minute-by-minute recap of this two-hour episode on NBC. Here is our rundown for Monday, March 30:

8:00 p.m. — The coaches have taken their seats for Night 2 of the Battles and it looks like Team Blake is up first. Let’s get started!

8:15 p.m. — First up tonight will be Toneisha Harris vs. Jacob Daniel Murphy from Team Blake. Toneisha has to be considered a heavy favorite because she’s a four-chair turn as opposed to Jacob who was a single-chair turn. Both have soulful voices and this is an interesting duo for the country coach. They’re singing “Good as Hell” by Lizzo which will allow us to see if Toneisha can let loose on stage and if Jacob can hold his own. They hit the stage and immediately there’s a fun chemistry between the two. Toneisha actually sounds a lot like Lizzo! While the coaches seem to be loving both of them, Toneisha is in a league of her own. Jacob has problems enunciating the lyrics whereas you can understand every word Toneisha sings. This is a slam dunk as far as I’m concerned. Blake agrees and deems Toneisha the winner of this battle. Jacob has been eliminated.

8:35 p.m. — Second to the stage tonight will be Gigi Hess vs. Micah Iverson from Team Kelly. I think Micah has the edge because he’s the only male on this team and Gigi was a single-chair turn. They’re singing “Someone You Loved” by Lewis Capaldi and Kelly is floored by their instant chemistry. Gigi confesses she’s still insecure with her body and shocks everyone when she reveals she was once 300 pounds. In stage rehearsals Kelly breaks down in tears when she hears Gigi and Micah sing together. When they get to the performance, Micah sounds great right away but Gigi starts off a little shaky and never fully recovers. I thought Micah was the clear winner, but Blake says he would go with Gigi. John and Nick gave Micah the edge. Kelly decides that Micah is the winner of this battle. Gigi has been eliminated.

9:00 p.m. — Team Legend is next to be in the spotlight with the battle of Mandi Castillo vs. CammWess. I give Mandi the slight edge heading into this duo, but if she falters Kelly has expressed great interest in stealing the bilingual vocalist. Tonight they’re singing “Senorita” by Camila Cabello and Shawn Mendes. John notices both of them are a bit tentative and coaches them to work on their chemistry. When it comes time for the performance these two are definitely en fuego on stage as they peer into each others’ eyes but I’m not really loving the vocals from either. Apparently my hearing must be off because the coaches give them a standing ovation! John names Mandi as the winner of this battle. CammWess is stolen by Kelly! It’s great news for CammWess, but considering how deep John’s team is, I’m not sure if this is the wisest steal for Kelly. I guess we’ll see in the coming weeks.

9:20 p.m. — We head back to Team Blake for the next battle between Kailey Abel and Cam Spinks. I’m a little surprised Blake has paired these two together because I figured he would want to keep both. Tonight they’ll be singing “What Ifs” by Kane Brown and Lauren Alaina. In rehearsals, Bebe says they both sound great but she wants to shake the nerves out of them. Cam mentions this song leans a little more pop than he’s used to. Kailey’s discomfort comes from the range required to sing it. During the performance, Kailey kicks things off with her raspy tone and Cam doesn’t miss a beat with his tough country twang. This is might be the closest duel so far. Vocally, they’re very different but Kailey might have a bit more stage presence. John and Nick are leaning towards Kailey, but Kelly would choose Cam. But it’s Blake’s opinion that matters and he names Cam the winner of this battle! Kailey has been eliminated.

9:40 p.m. — It’s finally time to get a look at Team Nick as Anders Drerup and Tate Brusa go to battle. Tate is a bright-eyed 16-year old who produces his own music and I think that might give him the edge here. They’re singing “Circles” by Post Malone and it will be interesting to hear these two men with different perspectives on life sing together. The Jonas bros all think these two sound disjointed in rehearsals so there is definitely work to be done! When they hit the stage for the performance both sound good but Tate is just taking over the limelight with his charisma. This kid is going to be one of the stars of this season. The coaches agree they didn’t flow together as a duet, but both had individual strengths. Nick chooses Tate as the winner of this battle and Anders has been eliminated.

9:59 p.m. — The final battle of the night includes two soulful powerhouses from Team Legend — Nelson Cade, III and Darious Lyles. Nelson was a four-chair turn that John blocked Nick for. On the other hand, Darious was a two-chair turn but has one of the most elastic voices in the competition. Tonight they’ll be singing “Come Together” by The Beatles. As soon as they hit the stage it feels like this entire competition has been elevated and Darious sounds fantastic. Nelson’s got this gritty, cool rock voice and as a duo this is fire. The genre matches up more with Nelson, but I’m more drawn to Darious. It seems doubtful either of these two will go home tonight. John names Darious as the winner of this battle and then uses his only save to keep Nelson. That’s a wrap for tonight!