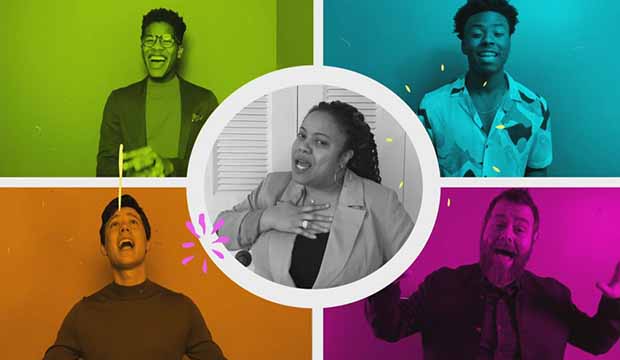 Even a massive pandemic couldn’t hold back the end of Season 18 for “The Voice” on NBC. Tuesday night brings us all the finale, even with all of the coaches and contenders making their final appearances from their homes. The order of the Top 5 (or Final 5 if you want) will be revealed based on the audience vote from bottom to top with a champion finally named at the end of the episode.

Which coach is out front to win Season 18 of “The Voice”? Kelly Clarkson has prevailed three of the past four seasons. John Legend has one championship. Blake Shelton is the all-time leader with six. It’s a rookie season for youngster Nick Jonas.

Here were the songs chosen for performance Monday night and our instant analysis:

Team Legend — CammWesss (“Purple Rain,” “Save It for Tomorrow”)

Follow along with our live updating blog below as we recap this entire final episode for Tuesday, May 19, on NBC:

9:00 p.m. — Following a recap of last night’s performances, the Season 18 finale will conclude in the next hour. Who will win it all? Let’s find out!

9:15 p.m. — Nick is joining forces with his brothers and Karol G. to perform their latest single “X.” They’ve put together a pretty simple, yet fun video for this song that sounds like a smash. It’s definitely a fun summer jam.

9:20 p.m. — Next Blake is teaming up with one of his finalists, Todd Tilghman for a cover of “Authority Song” by John Mellencamp. The production value of this isn’t quite as interesting as that Jonas Brothers video a few minutes ago, but the song suits Blake and Todd perfectly. It’s a fun duet to cap off their season together. You can buy all of artist/coach duets on iTunes now.

9:25 p.m. — Throughout the finale we’re seeing old clips of some of the coach collaborations throughout the year. The first was a performance from Season 1 of “Crazy” by CeeLo Green, Christina Aguilera, Adam Levine and Blake. These are fun to see and a great addition to the night!

9:30 p.m. — Next John sings a special medley of “Conversations in the Dark”/”All of Me” for a group of first responders. It’s a touching tribute while we hear from various healthcare workers telling their stories.

9:40 p.m. — Now multi-platinum, 7-time Grammy winning country group Lady Antebellum is joining the festivities with their song “Champagne Night.” They’ve created a fun video as well which includes footage of a lot of thirsty partiers playing beer pong among other games. I’ll drink to that!

9:45 p.m. — Next, Nick is teaming up with his finalist Thunderstorm Artis on “You’ll Be in My Heart” by Phil Collins. It’s not exactly the song I would choose for these two to sing together, but they wanted to perform something with a positive message.

9:55 p.m. — Blake is the next coach to pay tribute to some workers on the front lines, singing a duet with his girlfriend Gwen Stefani for some food bank employees. They’re performing their #1 hit, “Nobody But You.”

10:10 p.m. — The next coach/artist duo of the night is John and CammWess teaming up for “Rocketman” by Elton John. This is a great song for these two to tackle and show off how their voices compliment each others’.

10:15 p.m. — Kelly is dedicating a performance of her new single “I Dare You” to the everyday heroes putting their lives on the line throughout this COVID-19 pandemic. It’s an empowering uptempo song challenging people to put their differences aside and love each other. She sings it in English, Spanish, Hebrew, Arabic, German and French to emphasize the worldwide theme. She SAAANG that song!

10:20 p.m. — Next Blake is teaming up with his second finalist, Toneisha Harris. They’re singing “Don’t Stop” by Fleetwood Mac to add a bit of energy to the night. I was wondering which song these two could blend together on and this was a good choice.

10:30 p.m. — Now Kelly is teaming up with her finalist Micah Iverson for a Lady Antebellum song, “I Run to You.” It’s a country song but still has enough of a pop/rock vibe to fit their voices perfectly.

10:40 p.m. — Now Nick is giving his special performance of “Until We Meet Again” dedicated to workers on the front line. He is walking around an empty field holding up various signs of appreciation. Sorry guys, but I think if this was a contest Kelly is the winner of the “special performance” round.

9:50 p.m. — We’ve got about 15 minutes until we find out who wins tonight, but up first we get to see a premiere from rock icons Bon Jovi singing their new single, “Limitless.” They’re still rocking out after all these years and Jon’s hair is still on point even if it’s silver these days (he holds up a sign saying he needs a haircut).

9:55 p.m. — It’s finally time to get some results. In fifth place is Micah Iverson. In fourth place is CammWess. That means Todd, Toneisha and Thunderstorm are the final three. Wow! Toneisha really overcame some odds, no matter what place she finishes in. She is the first artist to enter the finale on an instant save and not be the first eliminated.

9:59 p.m. — The winner of “The Voice” is Todd Tilghman! Blake has won his seventh title as a coach and Todd’s family is ecstatic. They did not announce who placed second and third between Thunderstorm and Toneisha. That’s a wrap for Season 18.

Be sure to make your predictions for all of our other reality shows to influence our racetrack odds. You can keep changing your predictions until new episodes air and compete to win a spot on our leaderboard and a $100 Amazon gift card. See our contest rules and sound off with other fans in our reality TV forum. Read more Gold Derby entertainment news.