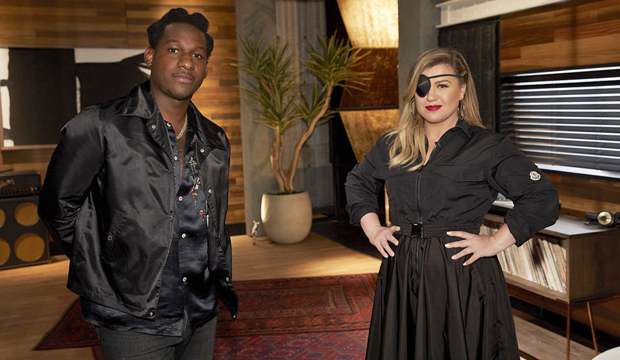 Monday night on “The Voice” Season 19, the Top 40 artists prepared for the battle rounds with a little help from their superstar advisors. This year’s battle mentors are: Leon Bridges for Team Kelly Clarkson, Julia Michaels for Team Gwen Stefani, Miguel for Team John Legend and Kane Brown for Team Blake Shelton. In the battles, each coach will split up their team of 10 artists into five pairs, who’ll then perform a song on the big stage. After the coach picks the winner of the duet, they can either “save” the at-risk person or the rival coaches can “steal” them. How did the first night of battles play out?

Below, read our minute-by-minute “The Voice” recap of Season 19, Episode 6 to find out what happened Monday, November 9 at 8:00 p.m. ET/PT. Then be sure to sound off in the comments section about your favorite artists on NBC’s long-running reality TV show, which coach you’re rooting for this season and who you think will ultimately join “The Voice” winners list.

8:00 p.m. – “Previously on ‘The Voice’!” In the fifth episode, the last blind auditioners advanced to the battles when the coaches pressed their “I Want You” buttons. Kelly gave her purple jackets to Skylar Alyvia Mayton and Emmalee, Blake turned his chair around for John Sullivan and trio Worth the Wait, Gwen fired her celebratory T-shirt cannon at Lain Roy and Tori Miller, and John shook virtual hands with Julia Cooper, Bailey Rae and James Pyle. Now that the teams are complete, it’s time for the competition aspect to kick into high gear with the battle rounds. Let’s go!

8:01 p.m. – New this season is that for this battles round they divided the stage into two mini stages. The concept is for social distancing, but also serves as an opportunity for the artists to leave their own mark on the stage instead of competing for space with one another.

8:03 p.m. – The first team up tonight was Blake’s with guest advisor Kane Brown. In the battle is family trio Worth the Wait vs. Taryn Papa with the song “Little White Church” by Little Big Town. In rehearsal, Kane thought Taryn had great stage presence and with Worth the Wait he was happy to see some “girl power” because country music is still “dominated by dudes.” Blake and Kane both had constructive criticism for both sides of the battle, like having fun with it and to watch the spots where they fall flat.

8:09 p.m. – In the battle, Taryn was able to hold her own against the trio and benefited from having her verses to herself, but I think the divided stage worked against her because it was more difficult for her to own in while trying to connect to the women on the other stage. John commended her for holding her own against the trio and advised Blake to pick her, but Gwen bet on Worth the Wait because there’s more to explore with them going forward. With the final decision, Blake decided to go with Worth the Wait because what they have as a trio isn’t something you can work toward it’s natural and rare. After the other coaches passed on the chance to steal Taryn, Blake couldn’t let her go and so he hit his button to use his one save on her.

8:18 p.m. – For the next battle, John brought Miguel in to the rehearsal studio for the head to head between Tamara Jade and Olivia Reyes. As one of the season’s few four chair turns, all eyes were on Tamara and her power, but Miguel wanted her to find a way to smooth it out and John wanted her to scale back the vibrato. The guys thought that Olivia’s strength is in the higher notes and advised her to play that up.

8:30 p.m. – In their performance of “Hard Place” by H.E.R., Tamara and Olivia volleyed the vocals back and forth from stage to stage rather than taking on whole verses themselves. That structure prevented either of them from having a big moment, but Gwen thought that Tamara’s “wild” nature of performing was more intriguing. Kelly and Blake both thought that it was an equal battle between the two and John thought that they both have different, but effective approaches to the song. In the end, he gave the win to Tamara.

8:39 p.m. – For Kelly’s first battle she paired Eli Zamora and Madeline Consoer against each other and had them rehearse with Leon Bridges. For their song Kelly chose the duet “Nobody Wants to Be Lonely” by Ricky Martin and Christina Aguilera. Her thought process on this one was giving Eli a chane to sing in Spanish again and Madeline the opportunity to expand her own repertoire to sing in Spanish also. Together Kelly and Madeline found ways to find more moments for Madeline, who found the song outside of her comfort zone on multiple levels. Meanwhile Leon worked with Eli to make the most of his own moments in the song by changing up where in his range he approaches certain lyrics from.

8:50 p.m. – Because the song is built as a duet, the navigation through the song was easy for both artists and the places where they could harmonize was clearly laid out. Blake called Madeline’s voice a “cliffhanger” that interested him and John also gave her the edge because of her “sense of urgency.” Gwen differed from the guys and thought Eli was better for making it seem so effortless. Kelly called it a difficult decision to make, but she gave the win to Madeline who she believes “the sky’s the limit” with.

9:00 p.m. – Gwen and her guest advisor Julia Michaels worked first with Lauren Frihauf and Payge Turner as they worked through “If the World Was Ending,” a multi-artist song that Julia wrote and sang on. Julia was really taken with how Payge would approach the song from a male octave and how Lauren balanced that with her own whispiness. After their first pass through the song, both Gwen and Julia were moved emotionally and so we knew we were in for a treat on this one.

9:12 p.m. – During their performance you could tell that Payge and Lauren had a ton of respect for each other’s voice. Even from different stages they performed as a connected pair and fed off the vocals of the artist to bring out their own best. Kelly said that she couldn’t keep her eyes off of Payge, but called Lauren “magical,” too. Blake reinforced that he sees Payge as a potential winner of the show, but unlike him and Kelly, John was unsure who Gwen should pick between the two. Gwen called it a “nearly impossible” choice, but decided that she had to stick with Payge. That left Lauren up for grabs, but John and Blake weren’t going to let her go and also weren’t going to give Gwen the opportunity to save her. In his pitch, Blake had to defend giving the edge to Payge while John was able to say that he turned his chair for her originally.

9:24 p.m. – The first artist to have the power in her hands tonight, Lauren decided to go with John and join the coach that has had her back since the auditions.

9:26 p.m. – For his second battle, Blake paired pop and soul together in a Payton Lamar vs. Jus Jon match up of his two single-chair turn artists. In order to give them both a song in their own vibes Blake handed them the Sam Smith and Normani song “Dancing with a Stranger.” Kane gave them both the advice to not worry about what people think of their performances and focus on having fun. Blake told Jus that he doesn’t need to “dress things up” because he has a great natural tone and Payton that she should let her head voice fly.

9:35 p.m. – Jus Jon and Payton had fun with their performance and for the first time it looked like the separate stages was a struggle for the artists. John enjoyed the energy of the performance and likened Jus Jon to Usher. Kelly called Payton’s voice “really pretty” and said her style is one that not many people have. Prior to making his choice, Blake said he was proud of the work Payton put into the performance and was surprised that Jus Jon showed so much nerve on stage. That being said, he stuck by Jus Jon which meant a final goodbye to Payton.

9:45 p.m. – Team John had the last duet of the night featuring Sid Kingsley against Bailey Rae on Chris Stapleton’s “Tennessee Whiskey.” Bailey is John’s first ever country artist on his team so to have her and Sid on a country song was completely new territory for him. Miguel was interested in challenging both of the artists to stretch their voices to show more passion. With Bailey he and John wanted to push her out of comfort zone in order for her to match Sid’s range.

9:54 p.m. – After Sid’s first lines, Kelly was out of her seat and fully ready to hit her button for him. Similarly, you could see how happy John was with Bailey finding her own groove in the song. Gwen called the battle exciting and was surprised by how much range Sid showed. Kelly admitted that the song lent itself more to Sid and that he entered really strong. Blake, too, gave the edge to Sid because he had a hard time hearing Bailey’s voice come through. John loved both performances, but went against the advice of the other coaches and kept Bailey. That gave Kelly the window she wanted to steal Sid in the last second!

NEXT TIME – The battles continue, and the preview trailer promises there’s one duet we’ll want to watch twice. Oh, the excitement!