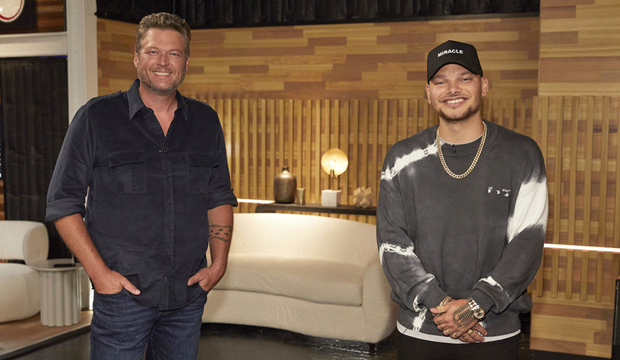 The second night of “The Voice” battles aired on Tuesday, with Blake Shelton throwing his artists Jim Ranger and John Sullivan a challenge by assigning them a song from their superstar mentor, Kane Brown. Talk about pressure! The other coaches’ advisors this season are Julia Michaels (Team Gwen Stefani), Miguel (Team John Legend) and Leon Bridges (Team Kelly Clarkson). After each battle pairing, the coach picked a winner and then had to decide whether to “save” the other contestant, thereby sending them to the four-way knockout. Other coaches could also chime in with their “steal” buttons if they wanted to scoop up the at-risk artist. So how did it all play out?

Below, read our minute-by-minute “The Voice” recap of Season 19, Episode 7 to find out what happened Tuesday, November 10 at 8:00 p.m. ET/PT. Then be sure to sound off in the comments section about your favorite artists on NBC’s long-running reality TV show, which coach you’re rooting for this season and who you think will ultimately join “The Voice” winners list.

8:15 p.m. — The first battle tonight will be Desz vs. Joseph Soul from Team Kelly. They’re singing “If You Don’t Know Me By Now” by Harold Melvin & the Blue Notes. Throughout rehearsals Kelly calls herself an idiot for pitting these two powerhouses together, but I think Desz is a heavy front-runner based on her audition that inspired all the coaches to turn their chairs. That being said, we’ve seen upsets happen when underdogs surprise the coaches on the main stage. It’s finally time to sing, with Desz kicking things off with her rich alto voice. After a nice harmony, Joseph takes over the first verse followed by Desz on the second. When Desz does a few of her signature riffs the coaches can’t help but cheer her on. She’s on another level, but Joseph held his own. Perhaps he can get a steal? The time has come for Kelly to choose the winner and Desz will be moving on to the Knockouts! Not to be denied, Joseph is stolen by Gwen, who said she wasn’t planning this at all, but she couldn’t let that voice walk away.

8:35 p.m. — Team Blake is up next with Jim Ranger battling John Sullivan. They’re tasked with the difficult challenge of singing “Good As You” by their advisor, Kane Brown. In rehearsals Kane told the duo to just have fun with the song because there’s no way they could ever screw it up. We’ll see about that! John sings the first verse with Jim chiming in on harmonies. On the second verse Jim takes over and it sounds like he’s taken Blake’s advice to not oversing. This is a really cool, laid back performance and John just has a chill stage presence that I enjoy. Jim lets his voice rip towards the end, gaining the attention of Kelly and John (Legend), but I think I still prefer John overall. As I expected, the coaching panel preferred Jim, but Blake’s opinion is what matters. He agrees with the others and Jim will move on to the Knockouts! Unfortunately, John has been eliminated.

8:40 p.m. — Prior to the next featured Battle, we see some clips others that were deemed less exciting by producers. On Team Kelly, Tanner Gomes defeated Skylar Alyvia Mayton and on Team Gwen, Chloe Hogan took out Lain Roy.

8:59 p.m. — The last battle tonight will be John Holiday vs. Julia Cooper from Team Legend. They’ll be singing “Summer Soft” by Stevie Wonder, challenging their ability to change keys and stick with the melody. Julia impressed Miguel in rehearsals because she made modern vocal choices on a classic song. John was advised to loosen up a bit because the technically trained vocalist is just a tad too precise. When they take the stage, John kicks things off with clean vocals intertwined with complicated runs. Julia has a decent tone, but vocally she’s just not in John’s league. That being said, John’s voice has a tendency to grate my ears when he reaches his highest register. This song is extremely complicated to sing, so props to both of them for trying? I didn’t really care for the performance, but the coaches are all impressed. Ultimately John was chosen to advance to the Knockouts for Team Legend. Then, John (Legend) used his one and only save to send Julia to the four-way Knockout decided by America.