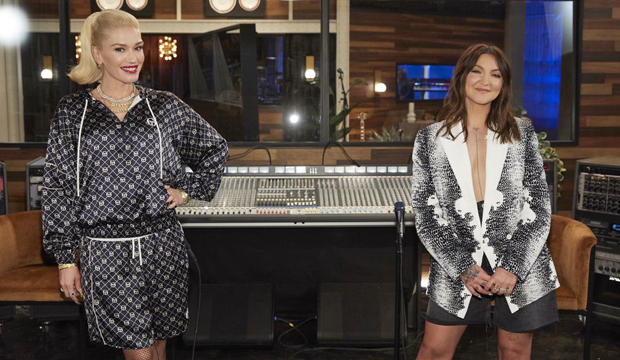 The third night of “The Voice” battles aired on Monday, with each of the superstar advisors returning to mentor their coaches’ artists. Julia Michaels, a former “Voice” mentor for Team Adam Levine in Season 14, returned this year to help out Team Gwen Stefani. The other advisors are Miguel for Team John Legend, Leon Bridges for Team Kelly Clarkson and Kane Brown for Team Blake Shelton. Heading into this battle episode, Gwen and Kelly both still had their “save” options in tact, while Blake was the only coach with a “steal” remaining. So how did it all play out?

Below, read our minute-by-minute “The Voice” recap of Season 19, Episode 8 to find out what happened Monday, November 16 at 8:00 p.m. ET/PT. Then be sure to sound off in the comments section about your favorite artists on NBC’s long-running reality TV show, which coach you’re rooting for this season and who you think will ultimately join “The Voice” winners list.

SEEJohn Sullivan eliminated on ‘The Voice’ after ‘Good As You’ battle vs. Jim Ranger [WATCH]

8:01 p.m. — The first pairing of the night was Gwen’s young artists Carter Rubin and Larriah Jackson on the Meghan Trainor song “Like I’m Gonna Lose You” featuring John. Julia was surprised by both of them in rehearsal, saying that Larriah is talented beyond her years and Carter has a great ability to project his voice. With some advice from Gwen about body language on stage, Carter and Larriah made great use of their limited space during the performance and managed to build chemistry with each other. The duet earned a standing ovation from all four judges and they all agreed that Gwen had a tough decision ahead. Kelly refused to pick which of the two was better, but Blake and John gave it to Larriah for remaining as strong in the end as she started and for her tone. Almost unable to make the decision, Gwen decided to keep Carter for having a more unique sound to his voice, but in the end wasn’t able to make the decision because she saved Larriah from walking away.

8:16 p.m. — Team Blake was up for the next battle, a vocal fight between Ian Flanigan and Aaron Scott on Credence Clearwater Revival‘s “Have You Ever Seen the Rain?” Kane and Blake gave the guys props for the natural rasp and grit in their voices, thinking they’re perfect for the classic rock song they gave them. Kane asked Aaron to push his voice further while Ian knew he had to find ways to balance Aaron’s big range.

8:27 p.m. — In their performance, Ian and Aaron provide a traditional interpretation of the song without adding too much flare to it. John didn’t think Aaron showed enough of who he was in his performance while Ian had much more personality. Gwen on the other hand thought that Aaron made creative and interesting decisions, but both she and Kelly were more impressed by Ian’s unique tone and voice. Blake thought that the only difference of opinion between the two was based on taste not on talent, and that for him he joined in the consensus that Ian was the winner.

8:37 p.m. — For John’s first battle of the night he brought together Detroit’s Rio Souma and Casmè from New Orleans. Both of them were thrilled to have the chance to work with Miguel, who found joy in Casmè’s energy and was able to offer Rio tips on posture and how it changes his voice. The biggest note Miguel and John gave them was to start the song in the soft way that people are used to in order to emphasize the power it reaches in the end.

8:48 p.m. — In their performance of “You’re All I Need to Get By” by Marvin Gaye and Tammi Terrell, Rio and Casmè made the best of the twin stages by injecting as much energy as possible and playing off of each other. Gwen called Casmè’s dancing incredible and Kelly agreed that she was “born to be on stage.” Alternatively, Blake was “locked in” to Rio and thought he’d be a solid choice for John to make as well. John was impressed by Rio’s control and his ability to step up to Casmè’s presence, but despite that love for him, John couldn’t let go of Casmè and so she was the winner.

8:58 p.m. — Kelly’s first battle of the night was between Marisa Corvo and Ryan Gallagher. Because of their big voices, Kelly decided to challenge them with the Celine Dion song “I Surrender,” a track she performed herself on “American Idol.” Leon noticed that Ryan was channeling the pain in his personal life in rehearsals and that resonated with him. Kelly was confident that they’d provide a moving performance that would stick out from the pack.

9:09 p.m. — With Marisa’s towering notes in the song, Ryan was in the backseat matching her vocals with perfect harmony. Blake thought that Marisa “took over the room” and John felt like the song choice was built for her to shine. Gwen saw an ease in the way Ryan sings and so she was equally drawn to him. Kelly did call it her hardest battle and acknowledged that they’re both gifted vocalists, but her choice was to keep Marisa on her team. After Kelly called it one of her hardest battles ever, it was clear to understand why she decided to save Ryan and send him through to the four-way knockout.

9:16 p.m. — We were treated to a montage of performances of battles from Teams Kelly, Gwen and Blake. Between Emmalee and Kelsie Watts on “I Love Me,” Kelly chose Kelsie for being in the “total pop” lane. Between Ben Allen and Sam Stacy on “Free,” Blake chose Ben for his “twangy” country voice. And between Tori Miller and Van Andrew on “Exile,” Gwen stuck with Van for the potential in his voice.

9:22 p.m. — Gwen’s next battle was for Liam St. John vs. Ryan Berg on “I Need a Dollar” by Aloe Blacc. In rehearsal Gwen noticed that Ryan’s vocal approach might be too linear, especially on a song like this that is so repetitive. For Liam she was interested in him being more reserved with his power. Julia encouraged Ryan to “sing more freely” with his stage presence and wanted to find moments for each of them to shine in the song.

9:33 p.m. — In their performance it was clear that Liam and Ryan had done a lot of work to make their stage performance engaging to counter the repetitive lyrics of the song’s chorus. They both created moments in their vocals and visual style. Kelly called it “awesome” and was taken by the physicalness of their performance, but she called Ryan her “cup of tea” as did John. Blake said that the scale was tipped for Ryan for him not being distracted by a mishap with him mic pack. Gwen was surprised by Ryan’s showmanship and in turn seemed surprised that she chose to move forward with him on her team.

9:43 p.m. — For the last battle of the season, John pitted the final blind auditioner James Pyle against his four chair turn Cami Clune. He gave them Chris Isaak‘s “Wicked Game” because he thinks they both have the perfect voices for a haunting song. Miguel asked Cami to watch her pace and had notes for James about the storytelling aspect of singing.

9:53 p.m. — In their version of the song that they arranged themselves, Cami and James played it delicately with an equal mix of harmonizing and giving lines to each other. Gwen gave James the edge for his perfect voice while Kelly preferred Cami for the win. Blake thought the cover of the song was inventive and said that Cami was a star, but thought James was the winner. John gave a strong pitch for both artists before deciding that he’d stick with Cami for himself, leaving James available to Blake who was eager to finally use his steal on him.