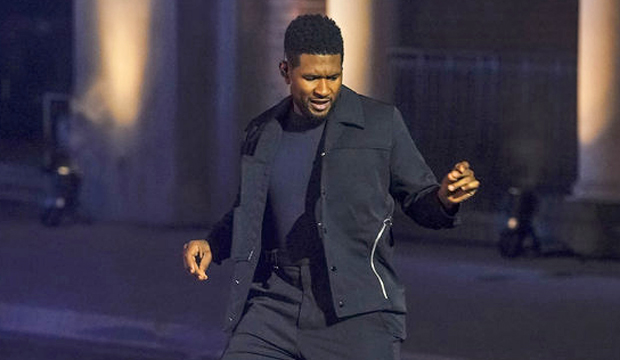 The blind auditions and the battles are a thing of the past, which means it’s now time for the knockouts on “The Voice.” In this round each coach pairs up two artists who’ll then perform their own songs on the big stage. One artist survives, the other is eliminated … unless a rival coach “steals” them for their own team. This year’s mega mentor was Usher, a former coach who prevailed in Season 6 with Josh Kaufman. Heading into the knockouts for Season 19, each coach had seven artists still on their teams:

Below, read our minute-by-minute “The Voice” recap of Season 19, Episode 9 to find out what happened Tuesday, November 17 at 8:00 p.m. ET/PT. Then be sure to sound off in the comments section about your favorite artists on NBC’s long-running reality TV show, which coach you’re rooting for this season and who you think will ultimately join “The Voice” winners list.

SEEJohn Sullivan eliminated on ‘The Voice’ after ‘Good As You’ battle vs. Jim Ranger [WATCH]

8:00 p.m. — “Previously on ‘The Voice’!” In the eighth episode, viewers watched nine battles play out on socially distanced twin stages. The remaining saves were awarded to Team Gwen’s Larriah Jackson and Team Kelly’s Ryan Gallagher, while the last steal was used by Team Blake, who scooped up James Pyle after Team Legend cut him loose. That was a wrap for the battles. Now it’s time to dive into the knockouts with mega mentor Usher!

8:16 p.m. — Team Legend will take the knockout stage first with Casmè vs. Tamara Jade. Casmè will be singing “Wrecking Ball” by Miley Cyrus, which is more pop/rock than we’ve previously heard from her. John calls her a credible rocker and coached her to tighten up the first verse. Usher complimented her stage presence. Tamara will be singing “Higher Ground” by Stevie Wonder and Usher couldn’t stop smiling throughout her rehearsal. John says she takes it to church even more than the original. Tamara is up first for her performance, and her infectious energy matches up with her big voice. The performance did get a little messy at some points when it felt she was pushing a little too hard, but overall Tamara is a stellar vocalist. It was a standing ovation from all the coaches for Tamara. Now Casmè is up and she sounds good as well, but the runs she injects into this song aren’t working for me. She sounds a little out of breath. All of the coaches are favoring Tamara, but it’s John’s choice to make. The winner of this knockout is Tamara! Casmè has been eliminated.

8:37 p.m. — Tonight’s second knockout is happening on Team Gwen with Payge Turner taking on Ryan Berg. Payge will be singing “Creep” by Radiohead because she connects with the lyrics of the song. Gwen tells her to focus less on the singing and more on the message. She wants drama. Ryan will be singing “Makin’ Me Lok Good Again” by Drake White because it makes him think about his girlfriend. Usher likes the tone of Ryan’s voice, but says he’s pushing his vocals more than necessary. Payge is first up on the main stage and I like how soft her vocals are in the beginning. She’s also got great presence. The only complaint would be that I’ve heard this song covered a million times and this isn’t the best version I’ve heard. That’s what happens when you choose a song like “Creep.” The coaches give her a standing ovation. Ryan is up now and his voice instantly sends Gwen into a tizzy. He’s got a great Americana voice and sounds like he’s be a hit on country radio. He gets a standing O from Gwen and Kelly and this will be a tough decision. It’s apples and oranges. I generally like the type of music Payge sings, but honestly I may have preferred Ryan in this knockout. Blake described them as “Urban Cowboy” vs. “Saturday Night Fever.” Gwen decides the winner of this knockout is Payge. Sadly, Ryan has been eliminated.

8:59 p.m. — The third and final pairing of the night is Ben Allen vs. Worth the Wait. This is a classic country knockout and Ben will be singing “She Got the Best of Me” by Luke Combs. It’s a straightforward country song and Blake thinks it’s the perfect song choice, but instructs Ben to give it a bit more finesse. Usher tells him to take the audience on a journey through the song. Worth the Wait is singing “Delta Dawn” by Tanya Tucker, a song Blake calls “Country 101.” Blake loves their harmonies, but Usher wants the soloists to step forward more when they’re on their own. Ben is singing first and he’s got a really good voice, but I’ve heard voices like his a million times. There’s absolutely nothing unique about Ben, but the guy can sing. I also know that he’s the type of singer who can win “The Voice.” Worth the Wait is singing now and their opening a cappella harmonies sound fantastic. This is such an interesting dynamic and without question more entertaining than Ben. Worth the Wait is a clear winner for me, but what does Blake think? The winner of this knockout is Worth the Wait! But Ben lucks out when Gwen saves him and keeps his dream alive. That’s a wrap for the first night of knockouts!