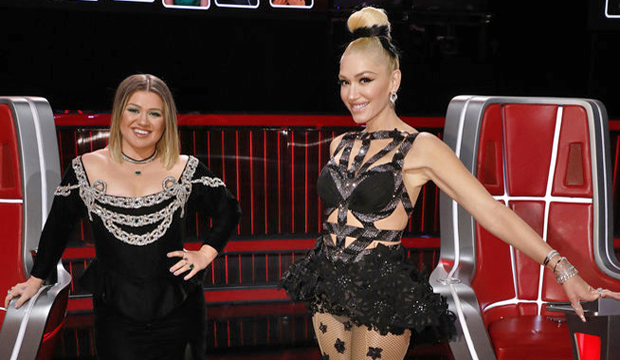 After a season of face masks, social distancing and shocking eliminations, a winner has finally been crowned on “The Voice.” The five finalists in the running to win Season 19 were Carter Rubin of Team Gwen Stefani, Desz of Team Kelly Clarkson, John Holiday of Team John Legend, and Ian Flanigan & Jim Ranger of Team Blake Shelton. Heading into Tuesday’s grand finale, Gold Derby’s exclusive odds gave Carter the best chance of winning (meaning coach Gwen would earn her first victory on her fifth season), so did our predictions come true?

Below, read our minute-by-minute “The Voice” recap of the Season 19 finale to find out what happened Tuesday, December 15 at 9:00 p.m. ET/PT. Then be sure to sound off in the comments section about your favorite artists on NBC’s long-running reality TV show, which coach you’re rooting for this season and who you think will ultimately join “The Voice” winners list.

9:00 p.m. — “Previously on ‘The Voice’!” In the 16th episode, the top five contestants gave it their all on the stage for the very last time. Each artist performed one cover song and one original song, with Carter’s “The Climb” and “Up From Here” ending up on top in terms of YouTube views. Desz came in with the second-most number of views thanks to her “Landslide” and “Holy Ground” performances. Is this a clue that Carter and Desz might end the night as our winner and runner-up, respectively? It’s time to find out — let’s go!

9:05 p.m. — The Top 20 of Season 19 reunite for a special pre-recorded rendition of “Rockin’ Around the Christmas Tree,” including Ryan Gallagher of Team Kelly who had a very public exit after violating their strict Covid-19 restrictions. It’s nice to see there are no hard feelings. Host Carson Daly then rattles off all the guest performers of the night and I’ll be here to cover them all!

9:20 p.m. — Florida Georgia Line is the first guest performer of the night, joined by rapper Nelly for a remix of their hit single “Cruise.” It’s a fun song and I’ve always been a fan of country/rap collaborations. Next, following a (somewhat) humorous skit featuring Gwen outdoing Blake at country living on their ranch, Grammy-nominated singer-songwriter Lewis Capaldi sings his latest single, “Before You Go.”

9:30 p.m. — Up next singing the #1 song in the country, “Mood,” are 24kGoldn and iann dior. These two are fun, young performers to watch and I can understand why this song is scorching the charts. Next Kelly and Desz are teaming up for a diva classic, “I’m Every Woman” by Queen of Funk, Chaka Khan. Their voices blend nicely and they’re clearly both powerhouses, so what’s not to like? Desz sounds fantastic.

9:41 p.m. — After another skit, this time featuring John’s loving relationship with his rubber glove at the end of a stick, Grammy winner Lauren Daigle graces the stage to sing “You Say.” This song is basically the anthem of all anthems in singing competitions these days, so it’s a fitting performance.

9:57 p.m. — Multi-platinum music superstar, Jason Derulo, is up next performing two of his songs from home. Is this really his home? I love that his pool area has been completely converted to a winter wonderland. He rocks the yard with a fun performance of “Take You Dancing” before moving into his reggae-tinged “Savage Love.” Then John & John team up for a “Legendary Holiday” performance of “Bridge Over Troubled Water” by Simon & Garfunkel.

10:20 p.m. — After some disastrous lessons in crafting from Kelly, two-time Grammy winning country duo Dan + Shay sing their holiday single, “Take Me Home For Christmas.” Then Blake is joined by Ian for a performance of “Mammas Don’t Let Your Babies Grow Up to Be Cowboys” by Willie Nelson and Jim for the song “Streets of Bakersfield” by Dwight Yoakam & Buck Owens. Country classics right there!

10:40 p.m. — Up next is “Voice” advisor Julia Michaels with JP Saxe singing their duet “If the World was Ending.” Then Gwen replaces Blake with Carter for a fun duet of “You Make it Feel Like Christmas.” I was curious what these two would be singing together and this is actually perfect.

10:52 p.m. — Keith Urban and a virtual Pink take the stage next with their duet “One Too Many.” She couldn’t make it in person, but this is still a fun collaboration to see. But now it’s time to get down to business! Finally, the results of Season 19 will be announced. The artist in fifth place is John from Team Legend. The artist in fourth place is Desz from Team Kelly. The artist in third place is Ian from Team Blake.

10:59 p.m. — It’s time to find out who the winner is. After congratulating words from their coaches, Gwen and Blake, Carson announces the victor. The winner of Season 19 of “The Voice” is Carter Rubin from Team Gwen! Congrats to Carter, who is the youngest male winner ever and Gwen who just snagged her first win after five seasons as a coach. That’s a wrap!