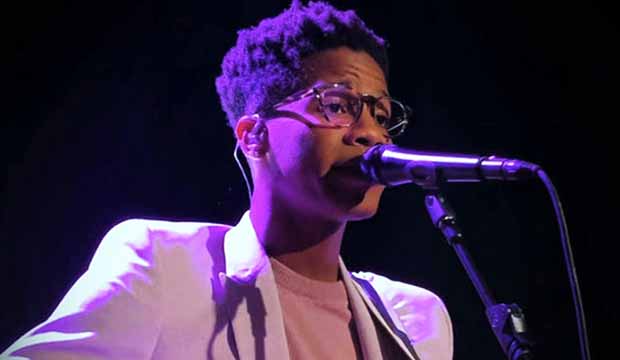 The Live Playoffs for Season 18 of “The Voice” concluded last Tuesday, leaving nine artists in contention for the title. One member from each team was voted through by America and each coach then had a chance to save another artist they wanted to move forward. That left Blake Shelton, John Legend, Nick Jonas and Kelly Clarkson each with two artists on their teams before the live instant save.

In that instant save leading into the semifinals, the remaining member from each team with the most audience votes earned a chance to compete. Joanna Serenko from Team Blake ended up defeating Mandi Castillo from Team Legend, Michael Williams from Team Nick and Cedrice from Team Kelly. That bumps Team Blake up to three contenders, but does that increase his odds of winning his seventh title?

Below are our power rankings of the nine artists competing for a spot in the Season 18 finale. Nick looks poised to continue the trend of rookie coaching wins, a feat both Kelly and John accomplished as well. Check out who we think is most likely to advance to the finale, based on their progress in the competition so far.

Thunderstorm nailed his most recent performance and proved that he is the one to beat whether there is a live audience or not. His musicality is unmatched this season and he has the rare combination of being one of the best singers and instrumentalists on the show. There’s a magic surrounding this guy and he has to be considered a front-runner.

The ascension of Micah has been incredible to see, helped in large part to a coach that believes in his talent. The potential Kelly kept pleading for viewers to see in Micah blossomed in his most recent performance that showed him as a true, relevant pop star. His charisma and ability to surprise audiences with his voice should take him to the finale.

Nearly every season an “average Joe” with a big voice charms their way into the finale and sometimes they even win. Todd fills that slot in Season 18 and he’s got the chops to wow viewers with his big, soulful voice. The fact that he’s a lovable worship leader only makes him more endearing.

4. Allegra Miles (Team Nick)
(Blind Audition: “Use Somebody”; Battle: “How Will I Know You”; Knockout: “Chandelier”; Live Playoffs: “New York State of Mind”)

Teenage girls tend to fare well in this competition and Allegra’s pairing with Nick has shown winning potential since her breakout performance in the Battles. She has raw passion in her voice and an understated power that’s absolutely captivating to watch. She didn’t miss a beat transitioning to “at home” performances and should be considered a threat to win the title.

Megan may have started out under the radar this season, but she has quickly become an artist to watch out for. Kelly has had incredible success winning the show with artists similar to Megan and it will just take the perfect song to send her soaring into the finale. Megan is a diamond in the rough who just needs to show a little more confidence when she performs.

CamWess has been tossed around between the coaches this season, but he proved he deserved his spot in the semifinals when he nailed his latest performance and earned his way through with audience votes. He has a beautiful tone and it was great to see him playing guitar, but I have a tough time believing he can win over enough viewers to reach the finale.

Toneisha is unquestionably the most seasoned, powerful vocalist of the season. That doesn’t guarantee a spot in the finale. She’s fumbled her song choices and has tried to be a little too “pop,” likely hoping to prove she can hang with the young kids she’s competing against. Well, she certainly can, but I think what would benefit her the most at this point would be going back to her roots and slaying a gospel-infused ballad.

There is a whimsical beauty to the way Zan performs and I think she would flourish on many seasons, but there seems to be others overshadowing her in that role this cycle. She doesn’t quite have the power of Allegra or the vulnerability of Megan and I think those two are pushing Zan out of contention.

Joanna started off the season with a four-chair turn, but since then she hasn’t really captured viewers with the same magic. Her understated style is being overshadowed and she was nearly eliminated after the Live Playoffs, having to win the instant save to get this far. Going from an instant save to the Top 4 seems unlikely.

Predict “The Voice” eliminations for next week! Also be sure to make your predictions for all of our other reality shows, including “American Idol,” “Survivor” and more to influence our racetrack odds. You can keep changing your predictions until new episodes air and compete to win a spot on our leaderboard and a $100 Amazon gift card. See our contest rules and sound off with other fans in our reality TV forum. Read more Gold Derby entertainment news.