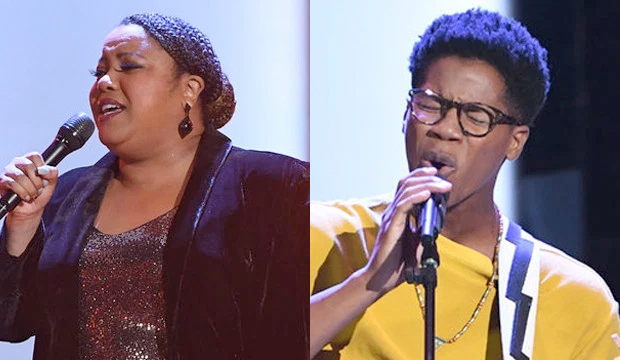 For the first time ever, NBC’s long-running reality TV show “The Voice” did not reveal the runner-up during the season finale. Instead, Todd Tilghman was declared the winner of Season 18 while the other two remaining artists, Toneisha Harris and Thunderstorm Artis, had to wonder where they placed based on America’s votes. Now that the dust has settled on Tuesday’s finale, the peacock network has officially announced the finishing order of the Top 5, following a Gold Derby inquiry. See below:

That’s right, Blake now has bragging rights for not only mentoring the winning artist, but also for coaching the contestant who came in second place. Talk about an epic comeback for the country superstar coach, who’s been with the show for all 18 seasons but hasn’t won since the 13th cycle. This year in particular was challenging for all involved as the live shows had to film remotely due to the coronavirus pandemic, but Blake persevered.

After losing four seasons in a row thanks to Kelly and John, the “God’s Country” singer has found himself back in the winner’s circle for the seventh time. His prior champions were Jermaine Paul (Season 2), Cassadee Pope (Season 3), Danielle Bradbery (Season 4), Craig Wayne Boyd (Season 7), Sundance Head (Season 11) and Chloe Kohanski (Season 13).

SEEWhere are the first 17 ‘The Voice’ winners now: Find out what happened to your favorites

Blake later followed up that tweet by proclaiming, “And also congrats to you @toneishaharris!!! That was a heck of a run!!!”

Are you happy with who came in second for “The Voice” 2020? Or do you think Thunderstorm should have been Todd’s runner-up instead of Toneisha? Give us your take down in the comments section.

'The Voice' coaches ranked worst to best: All 14 from Gwen to Blake