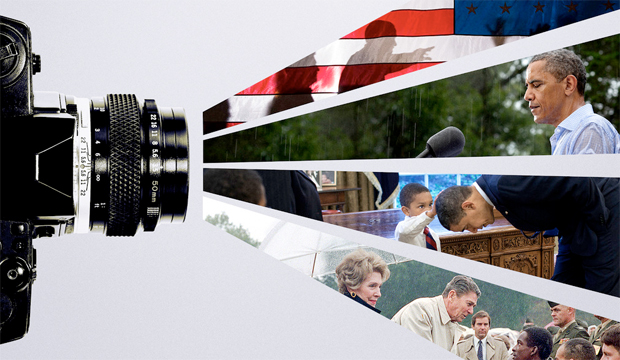 “The Way I See It,” the new documentary about White House photographer Pete Souza, is starting off award season with a pair of victories. The film just won the Critics’ Choice Documentary Award for Best Score, which was written by Marco Beltrami, Brandon Roberts and Buck Sanders, and the organization’s non-competitive Most Compelling Living Subjects of a Documentary award. It was also nominated for Best Political Documentary.

Directed by Dawn Porter, who also helmed another acclaimed political doc this year, “John Lewis: Good Trouble,” “The Way I See It” goes through Souza’s life as a photographer for the Ronald Reagan and Barack Obama presidencies. The film predominantly centers on the Obama years, as we see such iconic photographs as the Situation Room, taken on the night that led to the killing of Osama bin Laden, and “Hair Like Mine,” in which a young Black boy touches the president’s hair.

SEEDawn Porter on how her documentaries ‘John Lewis: Good Trouble’ and ‘The Way I See It’ ‘speak to each other’ [EXCLUSIVE VIDEO INTERVIEW]

Through Souza’s photos and recollections of his experiences, the film illustrates the dignity and respect President Obama had for the office. The film also delves into the differences in decency when it comes to President Donald Trump, with Souza commenting on how the photos of the Trump era feel more staged and inauthentic.

As the 2020 post-election drama continues onward, a film like “The Way I See It” could find even more traction heading into the Best Documentary Feature race following its Critics’ Choice wins. The film, which comes from the awards-friendly Focus Features, has an approachable style that could help it in a field of docs that are more uncomfortable to watch while also making a broader, relevant point about the state of the presidency.