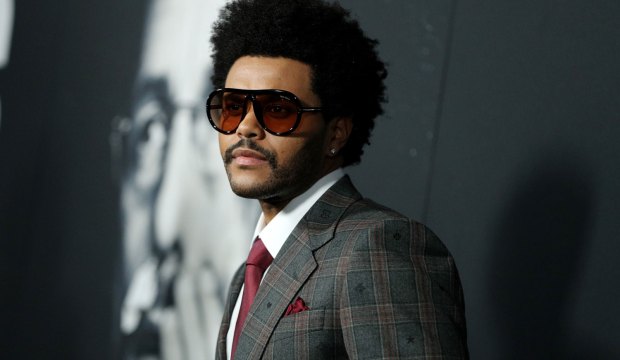 The Weeknd dropped his fourth full studio album “After Hours” on March 20. It’s his first release since his 2018 EP “My Dear Melancholy” and his first full album since 2016’s “Starboy.” So what are critics saying about his new collection?

As of this writing the album has a MetaCritic score of 82 based on eight reviews, all of them positive to varying degrees. That’s his highest critical average since his 2011 mixtape “Echoes of Silence” and second only to his debut mixtape from that same year, “House of Balloons.” So it looks like “After Hours” may be a top Grammy contender in 2021.

SEEFreaking out? You’re not alone: Our readers recommend these songs to keep your spirits up during the apocalypse

For perspective, his “Beauty Behind the Madness” earned seven Grammy nominations including Album of the Year and won twice with a MetaCritic score of 74. And his last studio album, “Starboy,” won Best Urban Contemporary Album with a score of 67. Since “After Hours” has already produced two big hit singles — “Heartless” hit number-one on the Billboard Hot 100, and “Blinding Lights” appears to be on its way to that same spot — it looks like he’ll have the commercial bona fides for another Grammy windfall.

Critics are describing “After Hours” as The Weeknd’s “most fully realized album,” his “strongest and most conssistent” and his “biggest sonic leap.” It’s “agile,” with “a sense of narrative cohesion” and a “darkly shaded aesthetic” combined with “naked pop ambitions.” Its “enveloping aloneness” is a good fit for “the way we live now … like a lavishly ornamented fallout shelter.”

SEELady Gaga’s ‘Stupid Love’: Is it stupid, or do you love it? [POLL]

What do you think of The Weeknd’s latest? Check out some of the reviews below, and join the discussion on this and more with your fellow music fans.

Jem Aswad (Variety): “A month after he turned 30, The Weeknd is launching the next era with his most fully realized album yet … The Weeknd’s music has always been about contrasts, and here the beauty and the madness are more smoothly integrated than ever. “After Hours” is one of the most successful musicians of the past decade testing the balance between innovation and commerciality as much as anyone today.”

Michael Cragg (The Guardian): “The new album ‘After Hours’ attempts to blend the drip-fed, drug-addled mopes of yore with luminescent, Max Martin-assisted bangers your mum can sing along to. The agile ‘After Hours’ might be his best attempt yet at fusing the two … What connects ‘After Hours’ so successfully to his early mixtapes is a sense of narrative cohesion, something the Weeknd seemed to value above all else when he started out.”

Larry Fitzmaurice (Entertainment Weekly): “‘After Hours,’ his fourth album as the Weeknd, is perhaps his biggest sonic leap yet as well as his strongest and most consistent work to date. There’s a cohesion to these 14 tracks that was absent from Tesfaye’s last several releases, a real sense that he’s closer than ever to striking the perfect balance between the darkly shaded aesthetic he broke out with and the naked pop ambitions of his more recent material.”

Jon Dolan (Rolling Stone): “That trademark Weeknd feeling is all over ‘After Hours,’ and whether its enveloping aloneness heals your worry and fear, or mirrors it, or amplifies it, this is a sound that can’t help but feel right in step with the way we live now … ‘After Hours’ hits the best balance yet of the gloomy melodrama of the Weeknd’s early EPs or his 2018 release ‘My Dear Melancholy’ and the pop slickness of his 2016 LP ‘Starboy’ — at once lachrymose and sleek, cold but plush, like a lavishly ornamented fallout shelter.”