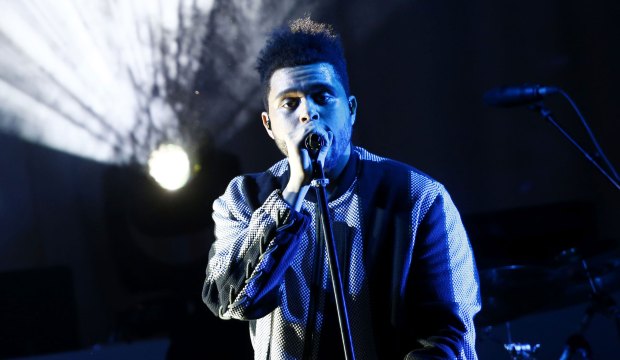 The 2020 MTV Video Music Awards were shaping up to be a Lady Gaga coronation for most of the night, so the final award was a bit of a surprise: The Weeknd won Video of the Year for “Blinding Lights” over Gaga and Ariana Grande‘s collaboration “Rain on Me.” But he gave a brief speech, solemnly explaining how hard it is to celebrate when there has yet to be justice for Jacob Blake and Breonna Taylor, who were victims of police brutality in 2020 and whose shooters have yet to be brought to justice. Check out the complete list of VMA winners here.

Indeed, it was an unusual night to celebrate since the performers, winners and host Keke Palmer had to take precautions and largely be socially distanced due to the COVID-19 pandemic that continues to spread throughout the US. Though that resulted in an arguably more streamlined event than usual where Gaga was also a big winner, claiming Artist of the Year, Song of the Year (“Rain on Me”), Best Collaboration (“Rain on Me”) and Best Cinematography (“Rain on Me”), as well as the newly established honorary Tricon Award. To date Gaga has now won 17 competitive prizes from the VMAs.

Grande also won four awards. In addition to her three for “Rain on Me,” she also claimed Best Music Video from Home for “Stuck with U,” her collaboration with Justin Bieber. That brings her career total to nine VMAs. And it was a clean sweep for K-pop sensations BTS, who went four-for-four: they took home Best Group and Best K-Pop Video (“On”) for the second year in a row, and “On” also won Best Pop Video and Best Choreography.

What did you think of this year’s winners and the ceremony in general? Were you surprised by The Weeknd’s ultimate victory, and will this unconventional ceremony be a model for other music award shows to come?