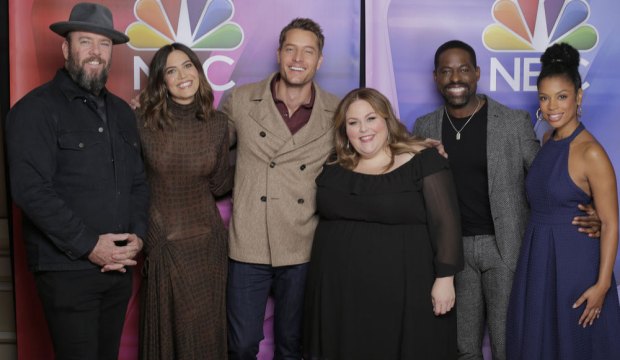 Name a show on TV right now that has a more Emmy-nominated cast than NBC’s “This Is Us.” I’ll wait.

And the show continued its streak in the guest categories, as three of its guest cast were cited, with Jones returning for another nomination alongside first-time honoree Michael Angarano in the Best Drama Guest Actor race and Emmy favorite Phylicia Rashad (“The Cosby Show”) returning to the Emmys in the Best Drama Guest Actress lineup, 11 years after her previous nomination for Best Movie/Mini Actress in 2008 for “A Raisin in the Sun.”

The actors branch of the TV academy clearly loves this show, so expect to hear the names of a number of actors from this ensemble announced on the morning of the Emmy nominations, slated for Tuesday, July 28, 2020. There are many great performances to choose from, so now that season four is over, let’s consider some of the standouts that are likely on Emmy’s radar this year.

Brown and Ventimiglia have been nominated every season so far, so until I see them miss out, it’s hard not to assume they’re in. Brown had a particularly strong year. His character’s crippling anxiety reared its ugly head as Randall dealt with his pressure-cooker job as a city councilman, his daughters’ coming of age, the overbearing guilt associated with his father’s untimely death and the recent onset of his mother’s deteriorating memory.

Meanwhile, Ventimiglia played younger and older versions of dearly departed Jack Pearson. The flashbacks that he features in really punctuate the loss and grief suffered by the Pearson clan because his performance as the beloved family man is so impactful, making his absence in the present day scenes all the more haunting. Pencil them in.

Leading lady Moore also stood out as matriarch Rebecca Pearson. She has one of the most challenging roles on the show as she plays her character in different periods of her life: sometimes as a young optimistic newlywed, sometimes as a struggling widow and single parent, and sometimes as an older, wiser grandmother. This season saw Rebecca slowly slip into early Alzheimer’s disease, giving Moore heart-tugging moments as the older Rebecca came to terms with that diagnosis.

The biggest obstacle standing for Moore is how competitive this category is this year, even more than last year when she finally made the cut. “The Crown” and “The Handmaid’s Tale” are back in contention in this category after long hiatuses kept them out of contention in 2019, along with returning threats “Killing Eve,” “Ozark,” “Succession” and “Westworld,” plus newbies like “The Morning Show” and Emmy favorite “Big Little Lies” making the move from limited series to drama series categories.

In the supporting races, I think there are at least five realistic contenders to watch out for. Susan Kelechi Watson had plenty of material to shine this season as Beth Pearson, picking up a Critics’ Choice Award nomination for Best Drama Supporting Actress along the way. I think she already should have been nominated last year, so the academy might make it up to her this time around.

There’s also Chrissy Metz, who gave one of the most memorable performances this season as Kate Pearson. She was not only still coming to terms with the loss of her father as a teenager, but also grappling with her weight, her crumbling marriage to Toby (Sullivan) and being a new mom to a newborn son, who we discovered in the season premiere is blind. Metz was last nominated in 2017 for the show’s first season, so she’s already on voters’ radars.

SEE ‘This Is Us’ season finale: Were you rooting for Kevin or Randall in the battle of the furious brothers? [Poll]

Sullivan surprisingly snuck into the Emmy race for the first time last year in the Best Drama Supporting Actor category and could return for storylines in which Toby struggled as a new parent to an infant with special needs.

The only immediate family member yet to be nominated is Justin Hartley as heartthrob celebrity Kevin Pearson. He was nominated earlier this year at the Critics’ Choice Awards, so hopefully the TV academy will finally take notice of his emotionally devastating work.

And teenage actor Asante Blackk, nominated alongside Hartley at the Critics’ Choice Awards, could surprise us again this year after landing his first nomination in 2019 as a supporting player in the Netflix limited series “When They See Us.” Blackk plays Malik Hodges, the troubled boyfriend of Randall and Beth’s adopted daughter Deja (Lyric Ross). So he could return with a followup nomination this year.

My money’s also on Griffin Dunne, who plays Nicky Pearson, Jack’s reclusive younger brother suffering from PTSD from his time in the Vietnam War. Dunne got more screen time this season as he was brought back into the family by his tenacious nephew Kevin, so he’s a supporting player this year after being eligible as a guest star in 2019.

“This Is Us” might have its greatest success in the guest acting categories. Previous nominees like Jones, Angarano and Rashad returned, so we could see them back in the Emmy lineup. Other guest players that could be potential dark horses include Alexandra Breckenridge as Kevin’s old flame Sophie, Jennifer Morrison as a soldier struggling to readjust to civilian life, Jennifer Westfeldt as Sophie’s deceased mother Claire, Emmy nominee Marsha Stephanie Blake (“When They See Us”) and Omar Epps as Malik’s parents and Emmy winner Pamela Adlon as Randall’s straight-shooter therapist. You could pretty much fill an entire Emmy ballot with only “This is Us” actors. How many of them will break through this time?