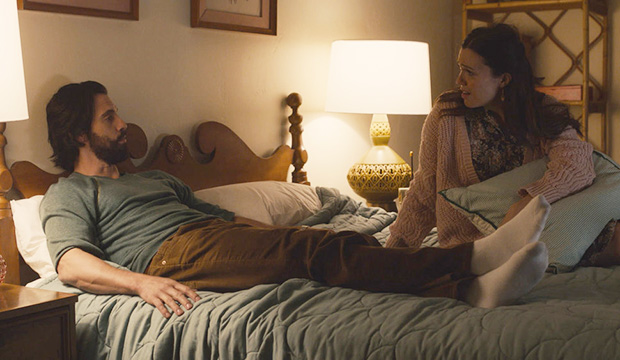 After winning the Screen Actors Guild Award for drama ensemble two years in a row, “This Is Us” was shockingly snubbed at this past year’s ceremony. While it is always a challenge for a show to return to an awards category after being overlooked the previous year, the NBC drama may buck the trend at the upcoming SAG Awards due to a number of factors.

“This Is Us” is currently in third place to receive a SAG nomination in Drama Ensemble, according to the latest Gold Derby odds, only behind reigning champ “The Crown” and “Ozark.” This is remarkable for a cast that didn’t get in the previous year, but upon surveying the overall field, it is entirely plausible. Four of the five shows nominated at the 2020 ceremony are ineligible: “Big Little Lies” and “Game of Thrones” have concluded, and “The Handmaid’s Tale” and “Stranger Things” did not air new seasons in 2020. In lieu of those shows, SAG voters could easily default to ones they’ve embraced in the recent past, like “This Is Us,” “Ozark” and “Better Call Saul,” which is No. 4 in the predicted lineup. New series “Lovecraft Country” is in fifth.

SEE ‘This Is Us’ Season 5 premiere has Kevin and Randall conflict ‘front and center’ — plus, 4 more secrets

In a year when the industry was forced to shut down for a majority of the year, “This Is Us” is one of few dramas in the awards conversation that was able to conclude its previous season (Season 4 finished airing in March) and to go back into production early enough to craft new episodes for the fall (Season 5 premiered in October). This gives it a unique advantage as it does not have to face as many popular cable and streaming shows, which have dominated TV award shows in recent years.

If SAG voters are watching the current fifth season of “This Is Us,” it is hard to deny how much of a well-oiled machine the show’s ensemble has continued to be. While its number of Emmy bids for acting decreased this summer, it is still getting nominations and even wins for actors like Sterling K. Brown and Ron Cephas Jones, so there is still a level of respect for the show’s sprawling ensemble.

PREDICTthe 2021 SAG Awards nominees through February 4
SAG Awards odds for Best TV Drama Ensemble
Can 'The Crown' make it two in a row?