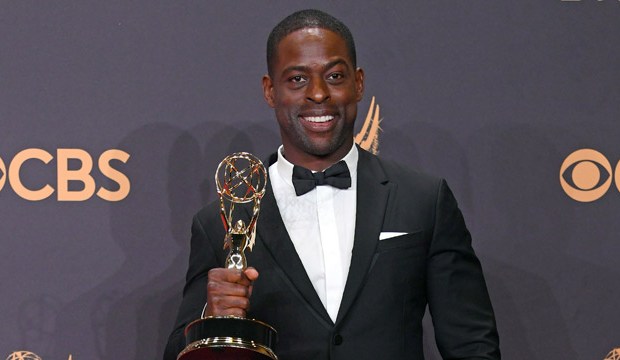 Talk about drama! An Emmy uproar exploded in my email box after our Senior Editor Joyce Eng wrote an article exploring whether or not “This Is Us” will be nominated again for Best Drama Series.

“Is she crazy?” some folks demanded to know. “Why does Joyce hate ‘This Is Us’?” Etc. Etc. She doesn’t, of course, but curious hubbub was brewing. Moments after he published it, our Executive Editor Paul Sheehan called me to ask, “Have you read Joyce’s article on ‘This Is Us’ yet? I think you need to take a look at it right away. It’s going to cause some controversy.”

Well, that’s what we love about the Emmys, isn’t it? Lots of suspense, gutsy opinions or at least suspicions. Of course, Joyce isn’t saying that “This Is Us” won’t snag that best-series nom. As a brilliant Emmyologist, she’s too smart for that. The widely beloved NBC series was consistently nominated for the past three years, but Joyce is just wondering if it can return in such a crowded field.

SEE‘This Is Us’ season finale: Were you rooting for Kevin or Randall in the battle of the furious brothers? [Poll]

As Joyce notes, all of these nominees from last year are eligible to return: “Better Call Saul,” “Killing Eve,” “Ozark,” “Pose” and “Succession.” They’re now competing against these past nominees that weren’t eligible in 2019, but are back: “The Crown,” “The Handmaid’s Tale,” “Stranger Things” and “Westworld.” So that means it’s now a fierce fight to get one of the seven slots in the category.

Joyce wonders if “This Is Us” can break through because it “took a massive hit when it missed out on a Screen Actors Guild Award nomination for drama ensemble, aka the category in which it was a two-time defending champ.” OK, but Joyce doesn’t think that same snub is a problem for “Better Call Saul,” which also failed to return. Hmmm. “Saul” is ranked in third place in Gold Derby’s predictions for Best Drama Series.

PREDICTMake YOUR Emmy predictions and compete against our team of Experts

Here’s something else to consider: “This Is Us” star Sterling K. Brown did get his usual SAG nom for Best Drama Actor this year, so that means the program is still on the radar of industry award voters. If you just want to focus on the ensemble category, it’s important to note that all of these drama series also failed to make that SAG race after getting nominated for best series at the last Emmys: “Killing Eve,” “Pose,” “Ozark” and “Succession.” As we all know, at least two or three of those shows will likely be back at the next Emmys.

Last year “This Is Us” scored an impressive tally of nine Emmy nominations. Lots of voters love it. So do average Americans, who watch 60 million episodes every week across all media platforms: broadcast, cable, web, streaming, social, etc. It’s a classy, upscale soap for smart people – and it’s highly addictive. The series has a passionate core base of loyal support and that’s what is needed to stand out on an Emmy ballot that will list more than 150 contenders for Best Drama Series. When competing against so many rivals splitting up the votes, a contender may not need a ton of support to break through. How much is enough? There’s a good chance that “This Is Us” has it.

What do you think? Make your Emmy predictions here to compete against our Experts and Editors,

Photo: Sterling K. Brown won Best TV Drama Actor for “This Is Us” in 2017. Credit: Shutterstock