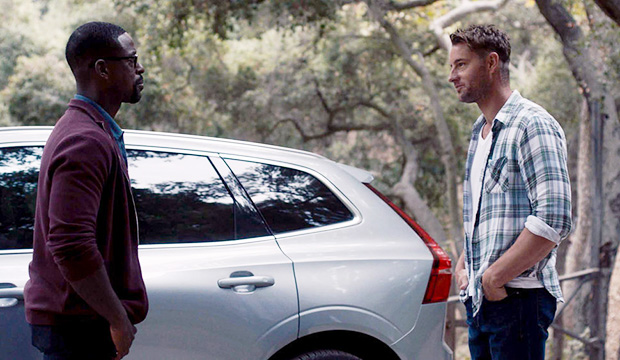 As numerous TV shows have halted production due to COVID-19, “This Is Us” is forging ahead with its fifth season, set to premiere on Tuesday at 9/8c with a two-hour installment. NBC has special protocols in place for filming safely, to which the cast and crew have had to adapt. During virtual Q&A in advance of the premiere, series creator and executive producer Dan Fogelman and the principal cast discussed how production is going, how they have changed up certain aspects of the season to fit the current moment and more.

Here are five things we learned learned about Season 5.

1. It was important to Fogelman to capture the realities of 2020
While “This Is Us” has been mostly apolitical and exists within its own world, Season 5 will find the Pearsons grappling with two topics fresh in the minds of most viewers in 2020: COVID-19 and the Black Lives Matter movement. “It felt almost irresponsible to not take on the moment,” said Fogelman, who has been working on the premiere since February. “It very much lives in that same space of the show where you’re talking about the human experience and not the political experience in anything.”

2. Randall will have a “come to Jesus” moment in the premiere
Speaking on how the show will tackle Black Lives Matter, Susan Kelechi Watson notes that her character, Beth, and husband Randall (Sterling K. Brown) will bring their unique perspectives to the situation. “As Black as Randall and Beth are,” stated Watson, “they’re not experts on how to metabolize all that tragedy.” Brown teases that Randall will have “a really interesting ‘come to Jesus’ moment” in the premiere in relation to the important conversations he did not have growing up in a predominantly white household.

SEE ‘This Is Us’ Season 5 trailer features the Pearsons grappling with COVID-19, Black Lives Matter and an engagement

3. Kevin and Randall’s feud will be a major part of Season 5
Season 4 ended with Randall and Kevin (Justin Hartley) engaged in a devastating argument that might have caused irrevocable damage to their relationship. Fogelman noted that while Season 4 was largely leading up to this kind of explosion, it has really been building up since Randall was first adopted as a baby. A fight with that kind of baggage cannot be resolved the very next episode, and Fogelman revealed, “It’s gonna be in the front and center of our TV show. It’s the front and center of our premiere.” Hartley added, “I don’t know how motivated both men are to reconcile so quickly.”

4. Rebecca’s physical decline is still years away from the show’s present day
Rebecca (Mandy Moore) is not at the old lady stage yet, at least in terms of the scenes set in the present. While Rebecca has been shown to have mental decline over the past few seasons, “in terms of her diagnosis, I don’t think it’s really changed anything necessarily on a physical level as of yet,” remarked Moore. “I think that degradation is years down the road.” We last saw her accepting Randall’s decision for her to do a clinical trial. For Season 5, “she sort of has this joie de vivre right now of wanting to live her life to the fullest,” added Moore, “and I think that’s given her an extra pep in her step.”

5. Performing in the middle of a pandemic hasn’t changed things too much
“It’s a brave new world over on set,” Fogelman said of the new guidelines the cast and crew have had to follow, “but we found our normalcy really quickly and haven’t lost our rhythm.” While safety protocols and social distancing are observed, with full PPE worn outside of filming, the cast suggested it still feels like the same “This Is Us.” However, between the face shields and masks, at times it feels like “Mars Attacks!”, Milo Ventimiglia quipped.