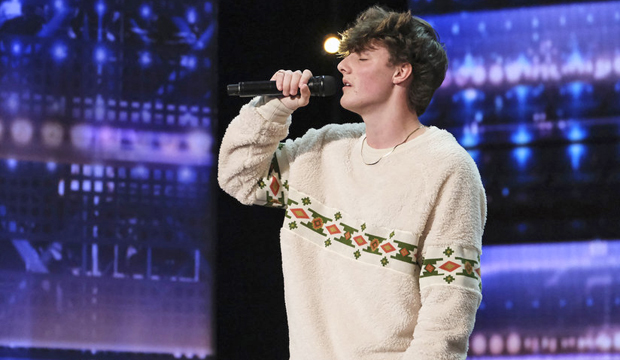 Fans of Thomas Day were understandably upset when their favorite singer/football player withdrew from the “America’s Got Talent” live shows during the Quarterfinals. He later cited his successful sports career as the reason. But, have no fear — Thomas confirmed on Instagram that he’s been invited back to NBC’s reality TV show as a wild card. This 17-year-old from Brentwood, TN returns during the first round of Semifinals, which airs Tuesday, September 8 at 8:00 p.m.

Just last week Thomas confessed to “AGT” fans about why he had to drop out of the competition. “So what happened was, I withdrew because I couldn’t make it because of football,” he revealed at the time. “I am still pursuing music and in college I’m gonna be pursuing music. But that’s the truth. I wish there was something more to it … It makes me so sad that I can’t perform, it really does.”

SEEThomas Day confesses why he withdrew from ‘America’s Got Talent,’ and the reason is exactly what you thought

Thomas was originally supposed to appear in the third week of Quarterfinals, but he was replaced at the last minute by singer Nolan Neal. It was assumed Thomas would perform in the fourth Quarterfinals group, but then singing duo Broken Roots was asked back instead to take his spot. Gold Derby learned on August 28 that Thomas had officially left the long-running series, but no specific reason was given at the time.

Believe it or not, this isn’t the first time a contestant withdrew before the Quarterfinals but was then asked back to perform as a wild card in the Semifinals. Season 8’s Red Panda was a 42-year-old Chinese acrobat who returned to the show as Howie Mandel‘s personal wild card after previously dropping out for personal reasons. However, she didn’t last long as she was eliminated during that Semifinals round.

Thomas’ original June 2 audition was one of the most viral from this 15th season. As you’ll recall, judges Simon Cowell, Sofia Vergara and Heidi Klum all raved about his performance of “Break My Heart Again.” However, Howie earned boos when he called it “stiff.” Thomas was next seen remotely in the Judge Cuts, which is where Howie completely changed his tune and happily joined with the others in sending the teenager through to the live shows.