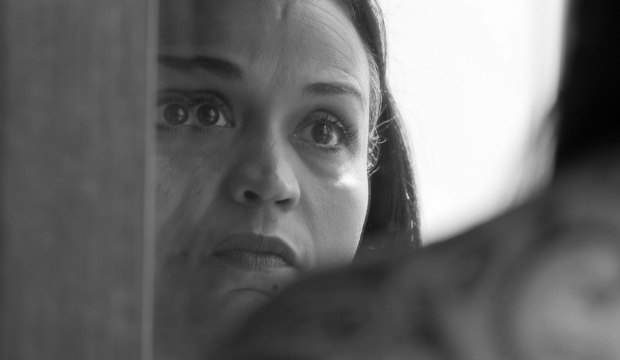 Following its world premiere at the Sundance Film Festival in January 2020, Garrett Bradley‘s documentary feature “Time” made the fall festival rounds and is now set to premiere to global audiences via Amazon Prime on October 16. The streaming availability comes one week after it began showing in select theaters on October 9 and with a collection of rave reviews and awards already in its trophy case. As the awards season gears start turning, keep an eye on this moving and compassionate film as one of the top contenders for the Oscar for Best Documentary Feature.

Bradley’s film uses original footage beautifully shot by its cinematographers and cuts it with archival footage that its subject, Sibil Fox Richardson (also known as Fox Rich), took over the nearly 20 years her husband, Rob G. Rich, was in prison for an armed robbery they both committed in the early ’90s. Rich’s footage highlights the film’s central emotional theme: a woman’s dedication, perseverance and fight to manifest her husband’s release from a 60-year sentence so that he can return to her and their family of six boys. Two of their children are twins who she was three months pregnant with when he was sent to prison.

At a crisp 82 minutes, the film is a masterclass in editing and narrative focus that proves documentaries can be just as emotionally resonant with their storytelling as fictional films. Bradley’s finesse at marrying her footage with Rich’s makes it no surprise that the film won her the Sundance Directing Award in the U.S. Documentary Competition. The award made Bradley the first Black woman to do so and puts her in company with last year’s documentary Oscar winner “American Factory,” which also won for its directing at Sundance on its way to further awards glory. Bradley would also be the first Black woman to win the Oscar for Best Documentary Feature if her film goes all the way.

Over the last decade Sundance has been the starting line for many documentaries that found themselves among the final Oscar nominees, but the category is still relatively unfamiliar territory for Amazon, which hasn’t made it far in the race since it shared distribution rights on the 2016 nominee “I Am Not Your Negro.” This year “Time” could be on their side.