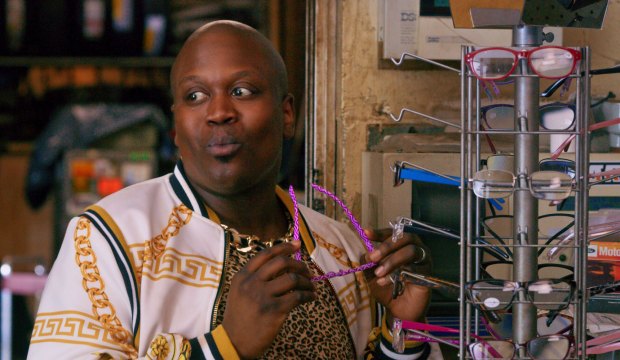 “Unbreakable Kimmy Schmidt” ended in January 2019, but in 2020 the cast reunited and Tituss Burgess earned his fifth Emmy nomination for playing Titus Andromedon in the interactive movie “Kimmy vs. The Reverend.” To date the show hasn’t won any of its bids, but Burgess is the most nominated member of the cast, and this year he competes for Best Movie/Limited Supporting Actor where he could have a unique advantage.

He’s up against two actors from “Hollywood” (Dylan McDermott and Jim Parsons) and three from “Watchmen” (Yahya Abdul-Mateen II, Jovan Adepo and Louis Gossett Jr.). The bad news for Burgess is that those two limited series have more overall support from voters: “Hollywood” has 12 total nominations, “Watchmen” has 26, and “Kimmy Schmidt” only has two. But the good news for Burgess is that he stands out in the category.

Burgess gives the only outright comedic performance in a field of dramas, though Parsons also plays an outsize, scene-stealing personality. Perhaps more importantly, Burgess is the only one who isn’t nominated against one of his co-stars. So if the two “Hollywood” stars and three “Watchmen” men split their votes, Burgess could slide in-between them for a surprise win. It doesn’t hurt that Burgess is so overdue, and since the television academy has now nominated him five times for “Kimmy Schmidt,” we know there’s tons of affection for him.

Based on the combined predictions of Gold Derby users, Burgess is an underdog with fourth-place odds of 11/2. But there’s widespread disagreement in this category. The Expert journalists we’ve surveyed, for instance, are split five ways with three of them betting on Burgess to upset: Joyce Eng (Gold Derby) Kaitlin Thomas (TVGuide.com) and Anne Thompson (IndieWire).

He’s also backed by three of the Top 24 Users who got the highest scores predicting last year’s Emmys and three of our All-Star Top 24 who got the highest scores when you combine the last two years’ prediction results. In fact, the race is so open that no one has a majority of support from Experts or Top Users. So in this interactive story, it’s Emmy voters who might pick the path to get Burgess his happy ending.