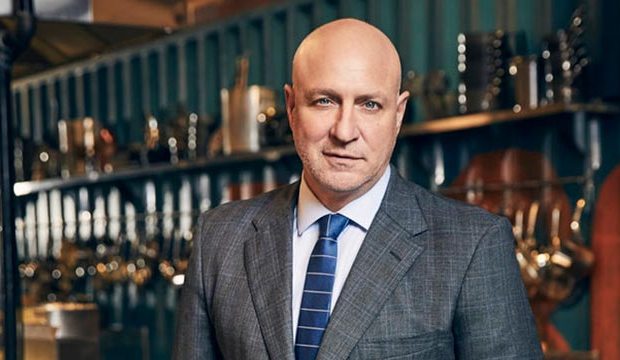 It’s been a long time since the Bravo’s food-focused reality show “Top Chef” won its first-ever Emmy in the category of reality competition program for its sixth season that aired in 2010. It managed to halt the winning streak of CBS’ “The Amazing Race,” which had won seven times in a row.

So one can’t be too hard on the show’s head judge and co-host Tom Colicchio for not knowing what day the Emmy nominations were being announced last month. He revealed to The Daily Dish blog on the Bravo site how he eventually learned that the show’s Season 17 All-Star edition set in Los Angeles and Italy was up for four nominations: Outstanding Competition Program, Outstanding Directing for a Reality Program, Outstanding Picture Editing and Outstanding Host for a Reality and Competition Program that he shared with co-host Padma Lakshi.

SEE‘Top Chef’ winner Melissa King on that last challenge: ‘All three of us felt so proud of what we had served’ [EXCLUSIVE VIDEO INTERVIEW]

“It’s funny I woke up in the morning, I completely forgot the announcement was happening. and all of  a sudden I started seeing my messages started lighting up.” The first person he told? His wife, filmmaker Lori Silverbush. Her reaction? “Yeah, I saw it. I was like, great.” Colicchio goes on to say, “Listen, it’s always great to be nominated. It’s just bittersweet knowing there’s no Emmys this year. We can’t go. So we’re gonna have to do the virtual Emmys and it’s probably a little more comfortable not having to get dressed and walk on a red carpet, in what is 100-degree heat. It’ll be a little more comfortable. Maybe I’ll put a little red carpet in my house so I walk and sit down — I don’t know.”

Given that “Top Chef” has been up for reality competition show each year it has been on the air save for its first season in 2006, Colicchio knows what it feels like to sit around all dressed up in a large auditorium anxiously awaiting your turn to win or lose. That includes a lack of food. Being at home means that “we can actually eat. You don’t have to sit there and starve for four hours or what feels like four hours. So, it’ll be good.”

SEE‘Top Chef’ finale recap: ‘Finito!’ was an epic Italian showdown for the last 3 All-Stars, so who won the title?

However, others in his household might be rooting for a rival show in the category to win. His sons Dante, Mateo and Luka don’t watch “Top Chef.” Their favorite? Netflix’s “Nailed It!” that features inept home bakers who try to copy edible baking projects each week.

Gold Derby’s combined users odds for reality competition programs finds “Top Chef” at No. 2 with 4/1 odds. VH-1’s “RuPaul’s Drag Race,” which has won the category twice in a row, is currently on top with 16/5 odds to win. Given that Season 17 was made special by featuring past chefs who were finalists, fan favorites and runners-up on their previous season made the competition more fierce and tastier.