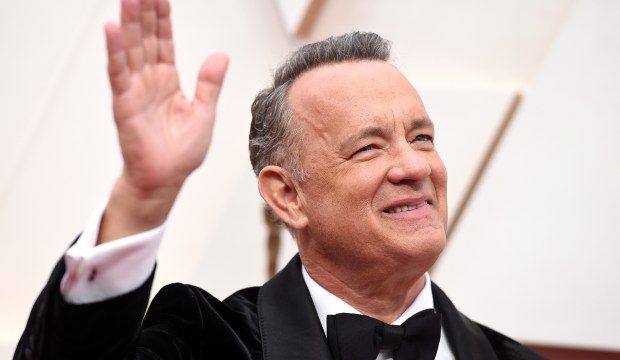 Tom Hanks has already played Walt Disney in “Saving Mr. Banks,” about the making of 1964’s “Mary Poppins.” Now the voice of Sheriff Woody in the “Toy Story” franchise is in talks to be kindly wood carver Geppetto in a live-action version of the studio’s 1940 animated film “Pinocchio.”

The project has been in the works since 2018, with director Robert Zemeckis signed up to direct the story based on Carlo Collodi’s children’s novel “The Adventures of Pinocchio.” In the tale, Geppeto carves a wooden boy puppet that is brought to life by a fairy. If he is brave, truthful and unselfish, he will become a real boy some day. Chris Weitz is writing the script and is a producer as well.

Hanks and Zemeckis have collaborated before, most notably 1994’s “Forrest Gump,” which won Academy Awards for Best Picture, director, actor, adapted screenplay, visual effects and film editing. The pair also did 2000’s “Cast Away,” which earned Hanks an Oscar nomination as Best Actor. They also brought to life the 2004’s computer-animated “The Polar Express” that featured live-action motion capture.

Before “Pinochio” becomes a reality, Hanks will portray Colonel Tom Parker, the talent manager behind Elvis Presley’s rise to stardom in an upcoming Warner Bros. film. He was shooting his role in Australia early this year when he and actress wife Rita Wilson were among the first public figures to test positive for coronavirus. They have since recovered.

Hanks recently starred as World War II drama “Greyhound,” which streamed on Apple TV Plus in July. This year he got his sixth Oscar nomination for portraying TV icon Fred Rogers in the film “A Beautiful Day in the Neighborhood.”