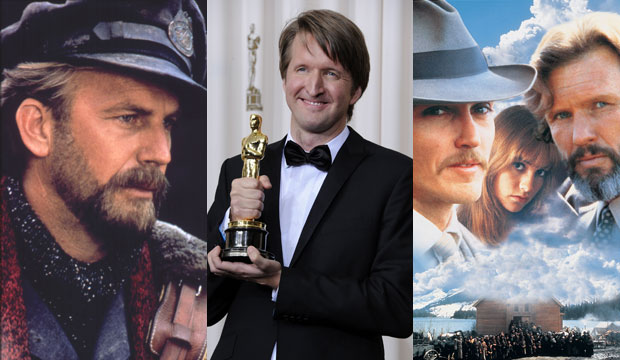 Tom Hooper just won Worst Director at the Razzie Awards for the movie musical “Cats,” which led these kudos with six wins overall including Worst Picture. That’s bad enough in and of itself, but it also puts him in rarefied air: he’s only the third filmmaker ever to win both an Oscar and a Razzie for directing. Check out the complete list of Razzie winners here.

The first was Michael Cimino, who claimed Best Director and Best Picture for “The Deer Hunter” (1978). But then he went and made the notorious western flop “Heaven’s Gate” (1981), which won him Worst Director, though the film mercifully lost Worst Picture to “Mommie Dearest.” Cimino went on to earn two more Razzie nominations for writing and directing “Year of the Dragon” (1985), but he didn’t win.

The second director to go from best to worst was Kevin Costner, who was coronated with Best Director and Best Picture Oscars for “Dances with Wolves” (1990) but then became a frequent Razzie Awards punching bag. He won Worst Director, Worst Picture and Worst Actor for the post-apocalyptic bomb “The Postman” (1997). In fact, Costner has a whopping 6 Razzies out of 16 nominations to date, though he has moved off their list of favorite targets; he hasn’t been nominated in 18 years.

SEEFrom Oscar to Razzie: These are the 20 actors who won both

Hooper is actually an Oscar and an Emmy winner for Best Director. The TV academy honored him for the HBO limited series “Elizabeth I” in 2006 before the motion picture academy awarded him for another regal drama, 2010’s “The King’s Speech.” He then made two more movies that won Oscars, “Les Miserables” (2012) and “The Danish Girl” (2015). “Cats” was his first feature film since “Danish Girl,” but critics and audiences thought he coughed up a hairball.

But perhaps he’ll get back on track with his next film, so in a few years he might find himself up for a Razzie Redeemer Award, like this year’s winner Eddie Murphy, who went from “Norbit” to the critically acclaimed “Dolemite is My Name.” We probably haven’t seen the last of him yet.