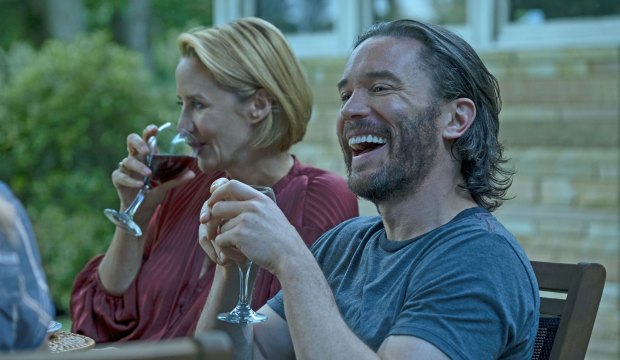 Best Drama Supporting Actor is one of this year’s closest categories at the Emmys, according to our odds. Peter Dinklage (“Game of Thrones”) won that award for the last two years, but that show is off the air so we’re guaranteed a new winner. Our Top 24 Users, who got the highest scores predicting last year’s nominations, are betting on Tom Pelphrey (“Ozark”), but Experts beg to differ.

Pelphrey joined the cast of “Ozark” in season three as Laura Linney‘s troubled brother. He already won two Emmys in daytime for his work on “Guiding Light” more than a decade ago, but this would be his first bid in prime time. As of this writing 10 of our Top 24 are betting on him to prevail. That’s fewer than half of the elite users who are currently making their predictions, but it’s more support than anyone else in the category — that’s how close the race is.

However, the Expert journalists we’ve surveyed think another criminal underworld drama will win here: 12 of them are backing Jonathan Banks (“Better Call Saul”). That’s also fewer than half of the Experts polled at Gold Derby, so their forecasts also indicate just how close this contest is. It would be Banks’s fifth nomination for this series and his seventh overall, but he hasn’t won yet, so voters might finally want to give him his overdue plaudits. The academy seems to be ambivalent about “Saul,” though, showering it with nominations but not giving it a single win yet after four seasons.

But this isn’t just a two-way race between Pelphrey and Banks. Far from it. Billy Crudup (“The Morning Show”) is backed by nine Experts and five Top Users. Kieran Culkin (“Succession”) is predicted to win according to seven Experts. And one Expert is going out on a limb for Culkin’s co-star Matthew Macfadyen. The nominations will be announced on July 28, so maybe those tallies will help clarify this conundrum. Until then, who are you betting on?