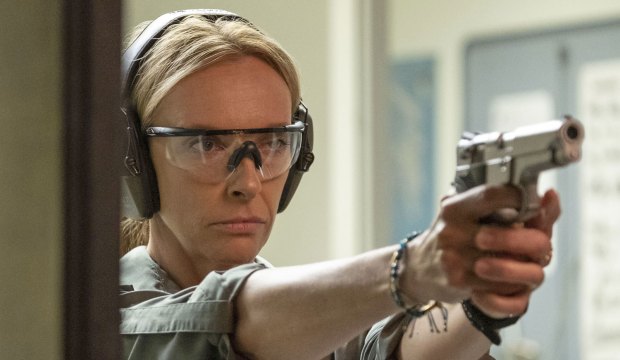 Female crime fighters have won many times at the Emmys, from “Cagney and Lacey” stars Sharon Gless and Tyne Daly, to “Law and Order: Special Victims Unit” crusader Mariska Hargitay. This year the front-runner in the race for Best Movie/Limited Supporting Actress according to our latest racetrack odds fits that bill. So will Toni Collette (“Unbelievable”) really prevail?

SEEThe year of Merritt Wever: She could go on an ‘Unbelievable’ ‘Run’ at the Emmys with TWO leading roles

Collette gets leading odds of 37/10 for her role as Detective Grace Rasmussen, who is investigating a series of horrific rapes. It’s a performance full of righteous indignation as she considers whether a member of law enforcement may have committed the crimes, so her dogged determination in pursuing justice for victimized women is actually a lot like Hargitay’s on “SVU.”

And Collette already has a strong awards track record, winning an Emmy for “United States of Tara” and additionally earning a nomination for the telefilm “Tsunami: The Aftermath.” Also, her performance in “Unbelievable” has already won her a Critics’ Choice Award in addition to noms at the Golden Globes and SAG Awards.

Collette has the additional benefit of a borderline-lead role; the storyline is more or less evenly divided between her and lead-acting contenders Merritt Wever and Kaitlyn Dever. That abundance of screentime could give her an advantage here, especially since she also avoids splitting votes with her co-stars in the lead category.

SEEIt’s time to believe it: Kaitlyn Dever should (and will) bag an Emmy nom for her heartrending work on ‘Unbelievable’

Collette is also backed by most of the Editors who cover awards year-round for Gold Derby and 16 of the Top 24 Users who got the highest scores predicting last year’s Emmy nominations. Do you think we’re right that she’ll hold on for the win? Who might we be underestimating?