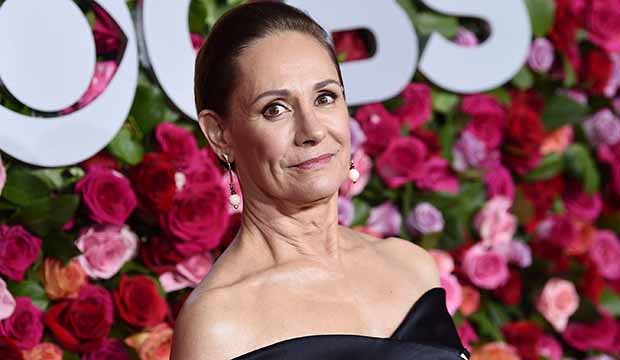 Broadway dimmed the lights and closed up shop on Thursday, March 12, due to the recent coronavirus outbreak in New York. Insiders have since fretted over the fate of many spring shows, some of which had started previews while others were still rehearsing ahead of their first performance. Now we know that two highly anticipated productions will not open this season whenever Broadway shows are allowed to continue.

The first yet-to-open show to list a closing notice was Martin McDonagh’s new play “Hangmen.” The show won the Olivier Award for Best Play in 2016 and went on to a successful Off-Broadway production at Atlantic Theater Company. The Broadway staging starred Mark Addy, Dan Stevens and Tracie Bennett, and began previews on February 28, ahead of a scheduled March 19 opening night. Since the official opening never occurred, “Hangmen” will be a sorely missed presence in this year’s Tony race.

The Best Play Revival Tony race will also lose its hotly anticipated front-runner. On March 21, producers announced that the newest revival of Edward Albee’s “Who’s Afraid of Virginia Woolf?” will not open. Previews began on March 3, with an official opening scheduled for April 9. With no definitive end to the Broadway shutdown in sight, it became impossible to manage scheduling conflicts from the star-studded cast.

That means Laurie Metcalf will have to wait to add a third Tony Award to her mantle. Gold Derby combined odds favored Metcalf to win her third trophy in four years, for playing Martha. We expected the other cast members, Rupert Everett, Patsy Ferran and Russell Tovey, to all score nominations for the celebrated play. The absence of “Wool?” will also drastically affect the Play Revival race since there will now be just eight eligible contenders for the award. Tony rules state that categories will only guarantee five nomination slots when there are at least nine eligible shows competing. So, this year’s Play Revival race will now feature four nominees.

Hopefully these exciting productions can be remounted in a future Broadway season to earn the audiences they deserve. I think it’s safe to say that seeing Metcalf tackle the role of Martha will be a welcome tonic after this health crisis subsides! Otherwise, if you were in the audience for one of the few preview performances of “Hangmen” or “Woolf”: consider yourself one of the luckiest theatergoers of all time.

Be sure to make your Tony nominations predictions today so that Broadway insiders can see how their shows and performers are faring in our odds. You can keep changing your predictions as often as you like until just before the nominees are announced on April 28. And join in the thrilling debate over the 2020 Tony Awards taking place right now in our theater forums. Read more Gold Derby entertainment news.