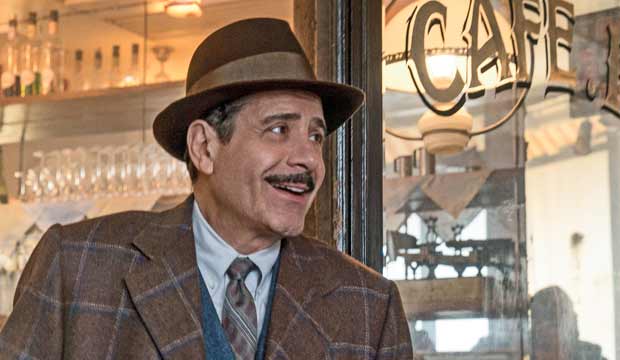 All season long, Tony Shalhoub (“The Marvelous Mrs. Maisel”) has been the odds-on front-runner to win Best Comedy Supporting Actor at the 2020 Emmys, and that still hasn’t changed now that nominations voting is over. In fact, a leading 19 of our 31 Emmy Experts predict a second consecutive victory for the “Mrs. Maisel” scene-stealer, compared to 10 who think “Schitt’s Creek” creator/writer/actor Dan Levy will prevail. The other two prognosticators throw their support at Sterling K. Brown (“The Marvelous Mrs. Maisel”).

Shalhoub is already a four-time Emmy champ, having won three times in Best Comedy Actor for “Monk” (2003, ’05, ’06) and once in Best Comedy Supporting Actor for “The Marvelous Mrs. Maisel” (2019). However, Shalhoub is not unbeatable for this current role. The first time he was nominated for playing Abraham “Abe” Weissman in 2018, he lost to Henry Winkler (“Barry”).

As for the other two Emmy Experts, Shawn Edwards (WDAF-TV Fox) and Tim Gray (Variety) both pick Brown to win for his role as Reggie, Shy Baldwin’s (Leroy McClain) manager on “The Marvelous Mrs. Maisel.” Brown is already a two-time champ for “The People v. O.J. Simpson” (2016) and “This Is Us” (2017), so he’s clearly an Emmy favorite.