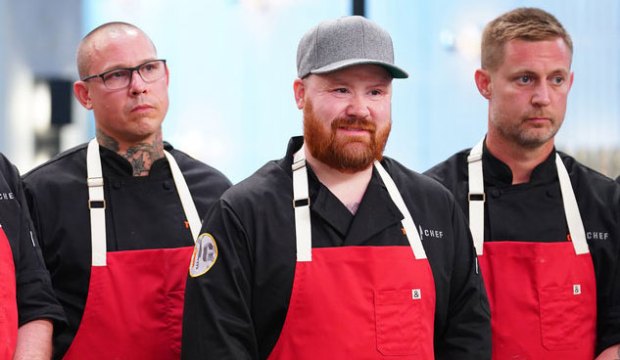 After winning the first elimination challenge of the season, Gregory Gourdet rose to the top of our “Top Chef” odds according to the combined predictions of fans who place their bets every week here in our predictions center. But after the second episode, “The Jonathan Gold Standard,” the balance of power has shifted. See where our racetrack odds stand now.

Gourdet did just fine in “Gold Standard,” making halibut, turmeric and tomato broth that passed muster with the judges well enough for him to advance him safely to the next round, but Bryan Voltaggio made the judges’ top three with his short ribs with charred eggplant puree, fermented radish and butternut squash vinaigrette. After that impressive showing he has shot to the top of our predictions with odds of 10/3.

But Voltaggio didn’t actually win the “Gold Standard” challenge. That was Kevin Gillespie, who still trails in our forecasts with 44/1 odds. So why was it Voltaggio whose dish moved him to the head of the class? Perhaps our users are taking into account his past track record on the show. He and Gillespie both competed in season six of “Top Chef,” where Voltaggio won four elimination challenges. Voltaggio was the only chef that season who never got a single low score from the judges, but he nevertheless lost the competition to his brother, Michael Voltaggio.

So perhaps winning “Top Chef” will run in the family. And Bryan is already off to a good start. Not only did he get a high score in “Gold Standard,” he was also on the winning team for the season’s first quickfire challenge in “It’s Like They Never Left,” which was actually the first time he ever won a quickfire challenge. But lest you think it’s smooth sailing for him from here on out, Gourdet remains a close second in our consensus forecasts with 4/1 odds, followed by Jennifer Carroll with 7/1 odds. Who do you think will win? And has your opinion changed since the season started?

Here's how to vote for your 'Top Chef' Fan Favorite - may the most popular All-Star win!