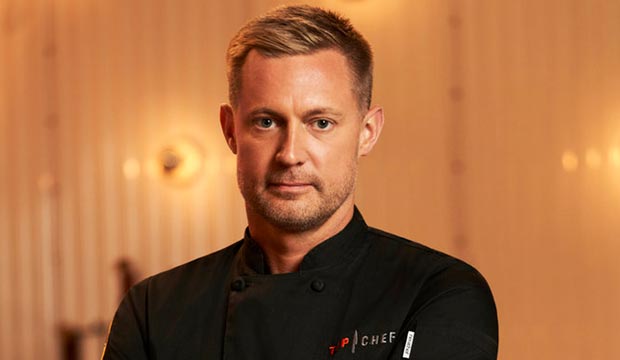 Bryan Voltaggio came into “Top Chef: All-Stars L.A.” with one of the strongest track records of any of the contestants. He was a runner-up in season six of the cooking competition series (he lost to his own brother, Michael Voltaggio), and then he was the runner-up again when he competed on the spinoff “Top Chef Masters” in season five. But he has been hit-and-miss this year, and in “Parma,” the penultimate episode of the season, he got some of his harshest critiques. Will that hurt his confidence, or can he recover for a come-from-behind victory?

The “Parma” challenge was to create two dishes showcasing Parmigiano-Reggiano cheese and prosciutto di Parma. He landed in the bottom two with Kevin Gillespie, but even though Gillespie was the one who had to pack his knives and go, Voltaggio didn’t come out of the final judgment unscathed. Host Padma Lakshmi told him that the guests chefs who judged his food didn’t think his meal had any heart or soul, and that was actually a softened version of the comment. What one guest actually said was that the food was “completely devoid of any love or passion.” You could tell Voltaggio was hurt, but will that light a fire under him for the finale? Or will it lead him to feel defeated as his competitors Melissa King and Stephanie Cmar have been peaking in recent episodes.

It’s not for a lack of trying. Voltaggio often serves pristine, upscale meals, which served him well when he won the “Cabin Fever” brunch buffet challenge. But that was his only challenge win all season. He never even won a quickfire, so he’s going into the finale with fewer victories than his competitors. However, this is the one that counts. And after already being a “Top Chef” runner-up twice over, don’t expect him to give up the title without a fight.