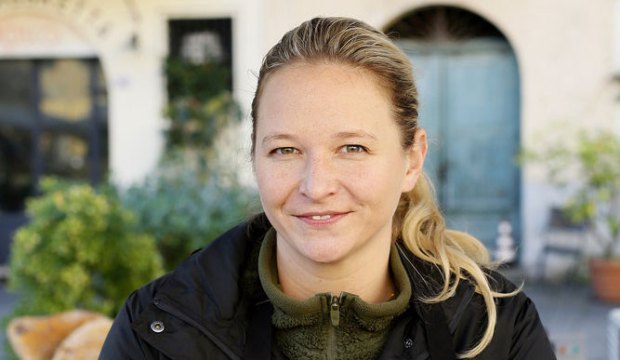 There are only five contestants left on “Top Chef: All-Stars L.A.” as the show heads to Italy for its final episodes. One of those contestants is Stephanie Cmar, who has been an underdog all season but has survived — and even thrived — even after struggling in the earlier weeks of the competition. But the fans we’ve surveyed every week here in our predictions center think she’s the likeliest of the remaining chefs to get chopped. Could she beat the odds yet again?

As of this writing Cmar gets leading 57/20 odds of packing her knives and going. And indeed her season has been very hit-and-miss. She started on the winning team in the season premiere episode, but then she landed at the bottom in four of the next six challenges. It seemed like she could only hold off the judges’ wrath for so long, but then came a dramatic upswing. Her team won “Restaurant Wars.” Then she won the “Colossal Coliseum Kaiseki” challenge — her first solo victory — and she was the runner-up in the “Michael’s Santa Monica” challenge last week leading into the show’s upcoming Italian adventure.

It’s true that Cmar has been at the bottom for more elimination challenges than anyone else in the top five, but if you consider just the last few weeks of the competition, maybe she’s not the one we should be worried about. After riding high during the early weeks of the competition, Melissa King had three bottom dishes in a row before finally redeeming herself with a win in “Santa Monica.” And fellow early front-runner Gregory Gourdet was at the bottom for the last two challenges leading into the Italy episodes.

Then there’s Kevin Gillespie, who was, you know, eliminated. The judges already sent him home once in “Restaurant Wars,” forcing him to fight his way back in “Last Chance Kitchen,” and he ranks second in our predictions with 5/1 odds of being eliminated again this week. Do you agree with our odds that one of those chefs will exit, or will we be surprised by the ouster of King, Gourdet or Bryan Voltaggio?